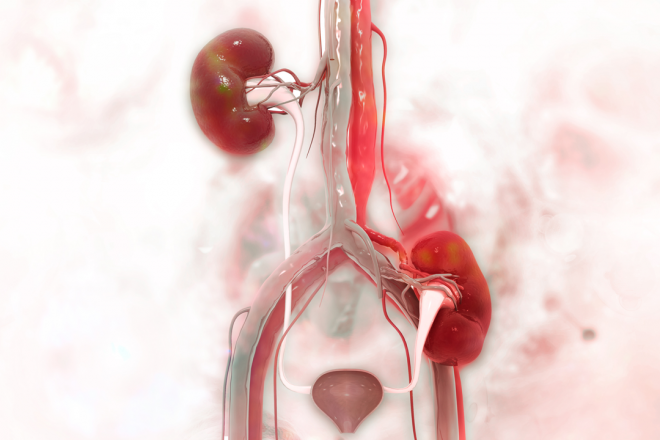 As reported in an article, which has been accepted for publication in the American Journal of Transplantation, 84% of patients still had a functioning allograft after three years, three allograft losses occurred during the first six months with two further losses occurring between two and three years. After 3 years, patient survival rate was 90%, three deaths occurred between 6 months and 1 year and no deaths occurred between 1 year and 3 years. At three years, mean estimated glomuleral filtration rate (eGFR) was 55 mL/min/1.73m2.

The rate of acute antibody-mediated rejection (“AMR”) was 28% within the first month (n=11) following transplant, with four additional AMRs occurring between 2 and 6 months bringing the rate up to 38%. Few AMRs were reported beyond the first 6 months and only one patient recorded with an early AMR had an AMR during the follow-up period. All AMRs were treated with standard therapies and no graft losses were attributed to AMRs.

In the subset of patients deemed most highly sensitized and unlikely to be transplanted (n=13) with a calculated panel reactivity (“CPRA”) of greater than 99.9%, graft survival was 92% and kidney function improved over time with a mean eGFR of 60 mL/min/1.73m2 at three years. As expected, there was a high rate of AMR in this group (38%; n=5) within the first 14 days, with two further AMRs occurring between 5 and 6 months from transplantation. However, all these AMRs were treated with no graft losses attributed to the AMRs.

The frequency or severity of early AMR was not substantially different from what is expected and reported in highly sensitized candidates receiving incompatible kidneys. Overall, data from this study indicate that the incidence of AMR after imlifidsase is comparable to other desensitization protocols and manageable in this high-risk population and the long-term safety profile has indicated no increase in the rates of infection or malignancy.

See-Kjellman C, et al. Am J Transplantation 2021; ahead of publication.