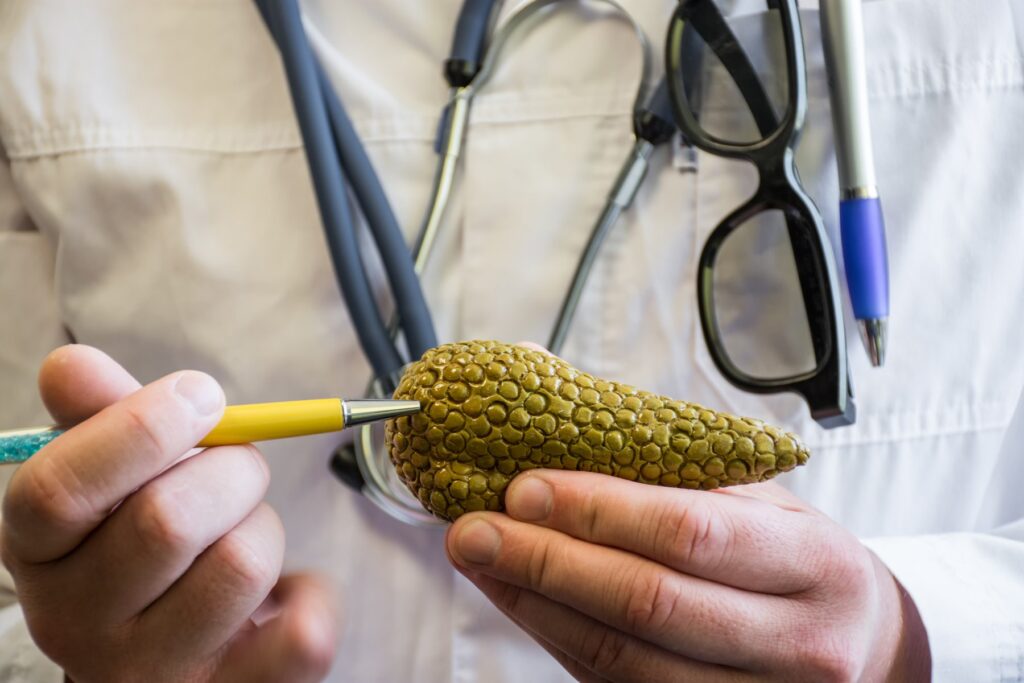 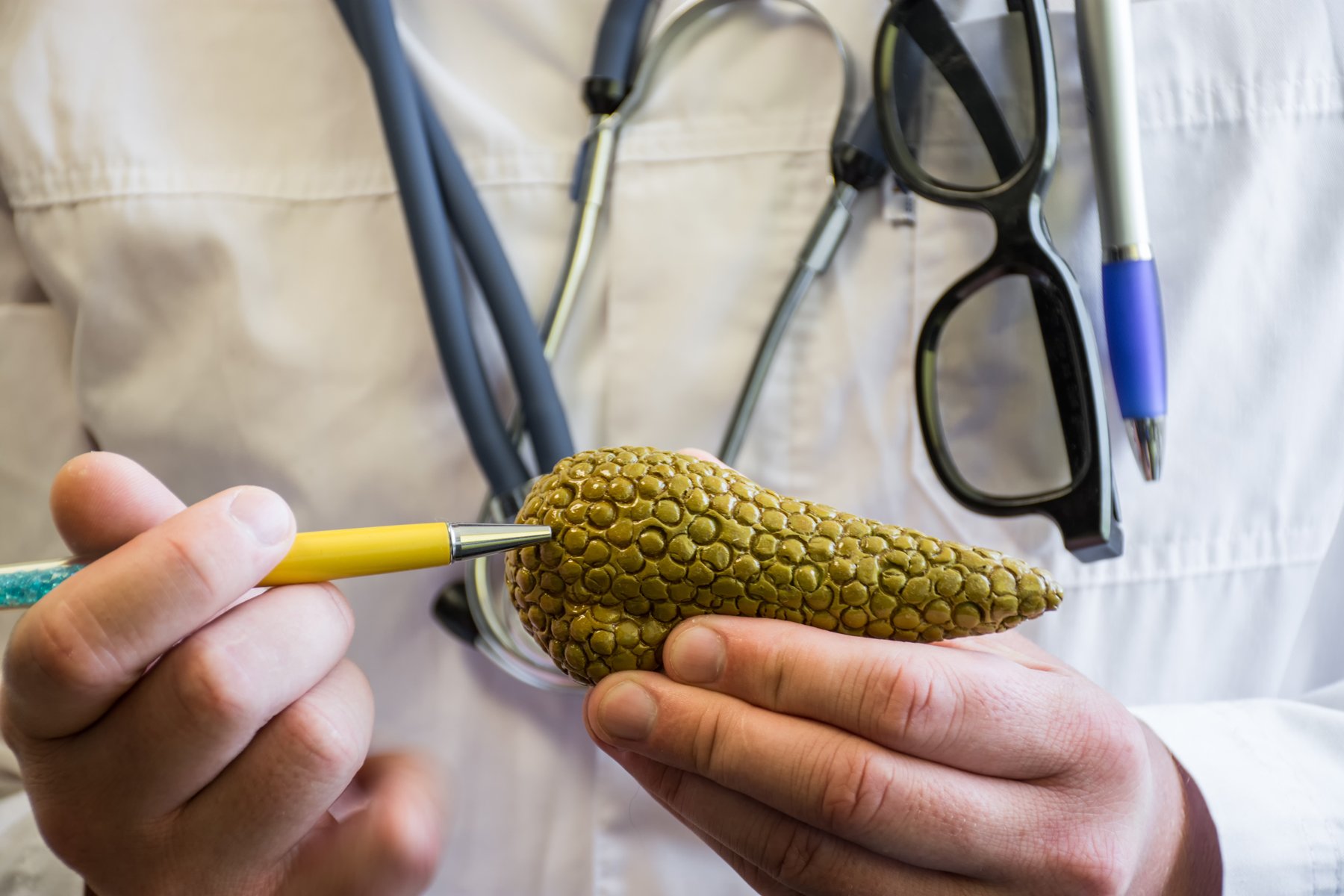 MIT engineers, in collaboration with scientists at Cancer Research UK Manchester Institute, have developed a new way to grow tiny replicas of the pancreas, using either healthy or cancerous pancreatic cells. Their new models could help researchers develop and test potential drugs for pancreatic cancer, which is currently one of the most difficult types of cancer to treat.

Using a specialized gel that mimics the extracellular environment surrounding the pancreas, the researchers were able to grow pancreatic “organoids,” allowing them to study the important interactions between pancreatic tumors and their environment. Unlike some of the gels now used to grow tissue, the new MIT gel is completely synthetic, easy to assemble and can be produced with a consistent composition every time.

“The issue of reproducibility is a major one,” says Linda Griffith, the School of Engineering Professor of Teaching Innovation and a professor of biological engineering and mechanical engineering. “The research community has been looking for ways to do more methodical cultures of these kinds of organoids, and especially to control the microenvironment.”

The researchers have also shown that their new gel can be used to grow other types of tissue, including intestinal and endometrial tissue.

Traditionally, labs have used commercially available tissue-derived gel to grow organoids in a lab dish. However, as the most widely used commercial gel is a complex mixture of proteins, proteoglycans, and growth factors derived from a tumor grown in mice, it is variable from lot to lot and has undesirable components present, Griffith says. It also doesn’t always allow for growth of multiple types of cells. About 10 years ago, Griffith’s lab started to work on designing a synthetic gel that could be used to grow epithelial cells, which form the sheets that line most organs, along with other supportive cells.

The gel they developed is based on polyethylene glycol (PEG), a polymer that is often used for medical applications because it doesn’t interact with living cells. By studying the biochemical and biophysical properties of the extracellular matrix, which surrounds organs in the body, the researchers were able to identify features they could incorporate into the PEG gel to help cells grow in it.

One key feature is the presence of molecules called peptide ligands, which interact with cell surface proteins called integrins. The sticky binding between ligands and integrins allows cells to adhere to the gel and form organoids. The researchers found that incorporating small synthetic peptides derived from fibronectin and collagen in their gels allowed them to grow a variety of epithelial tissues, including intestinal tissue. They showed that supportive cells called stromal cells, along with immune cells, can also thrive in this environment.

In the new study, Griffith and Jorgensen wanted to see if the gel could also be used to support the growth of normal pancreatic organoids and pancreatic tumors. Traditionally, it has been difficult to grow pancreatic tissue in a manner that replicates both the cancerous cells and the supporting environment, because once pancreatic tumor cells are removed from the body, they lose their distinctive cancerous traits.

Griffith’s lab developed a protocol to produce the new gel, and then teamed up with Jorgensen’s lab, which studies the biology of pancreatic cancer, to test it. Jorgensen and his students were able to produce the gel and use it to grow pancreatic organoids, using healthy or cancerous pancreatic cells derived from mice.

“We got the protocol from Linda and we got the reagents in, and then it just worked,” Jorgensen says. “I think that speaks volumes of how robust the system is and how easy it is to implement in the lab.”

Other approaches they had tried were too complicated or did not recapitulate the microenvironment seen in living tissues, he says. Using this gel, Jorgensen’s lab was able to compare the pancreatic organoids to tissues they have studied in living mice, and they found that the tumor organoids express many of the same integrins seen in pancreatic tumors. Furthermore, other types of cells that normally surround tumors, including macrophages (a type of immune cells) and fibroblasts (a type of supportive cells), were also able to grow in the microenvironment.

The researchers also showed that they can use their gel to grow organoids from pancreatic cancer cells from patients. They believe it could also be useful for studying lung, colorectal, and other cancers. Such systems could be used to analyze how potential cancer drugs affect tumors and their microenvironment.

Griffith also plans to use the gel to grow and study tissue from patients with endometriosis, a condition that causes the tissue that lines the uterus to grow outside the uterus. This can lead to pain and sometimes infertility.

One of the advantages of the new gel is that it is completely synthetic, and can be made easily in a lab by mixing together specific precursors, including PEG and some polypeptides. The researchers have filed a patent on the technology and are in the process of licensing it to a company that could produce the gel commercially.

The research was funded by Cancer Research UK, the Rosetrees Trust, a European Research Council Consolidator Award, the National Science Foundation, the National Institutes of Health, and the Defense Advanced Research Projects Agency.