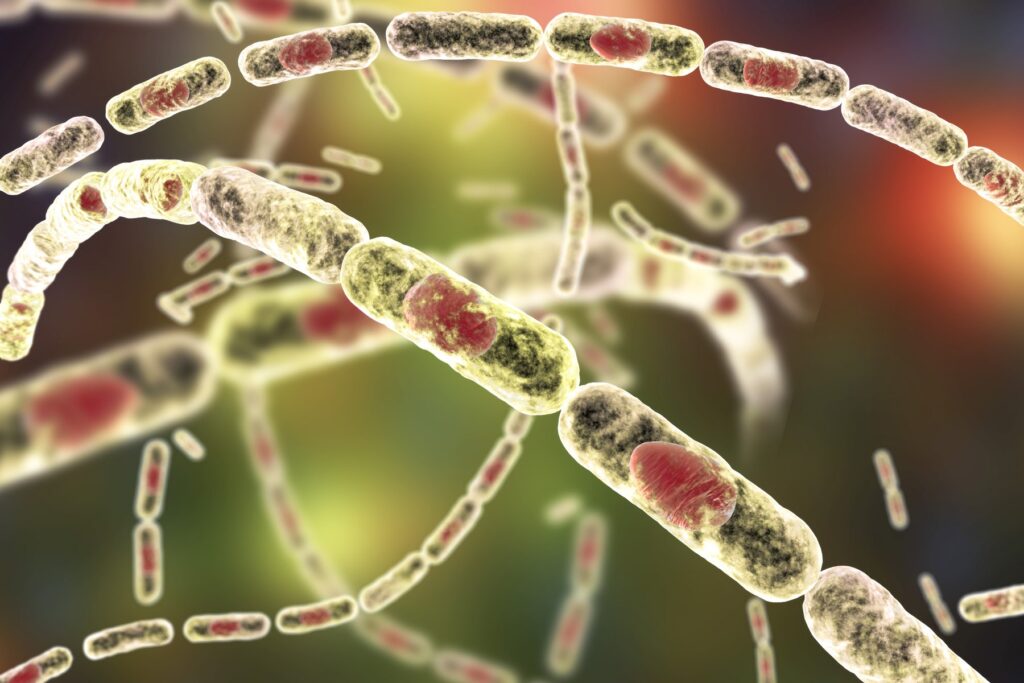 Can a dangerous microbe offer a new way to silence pain? 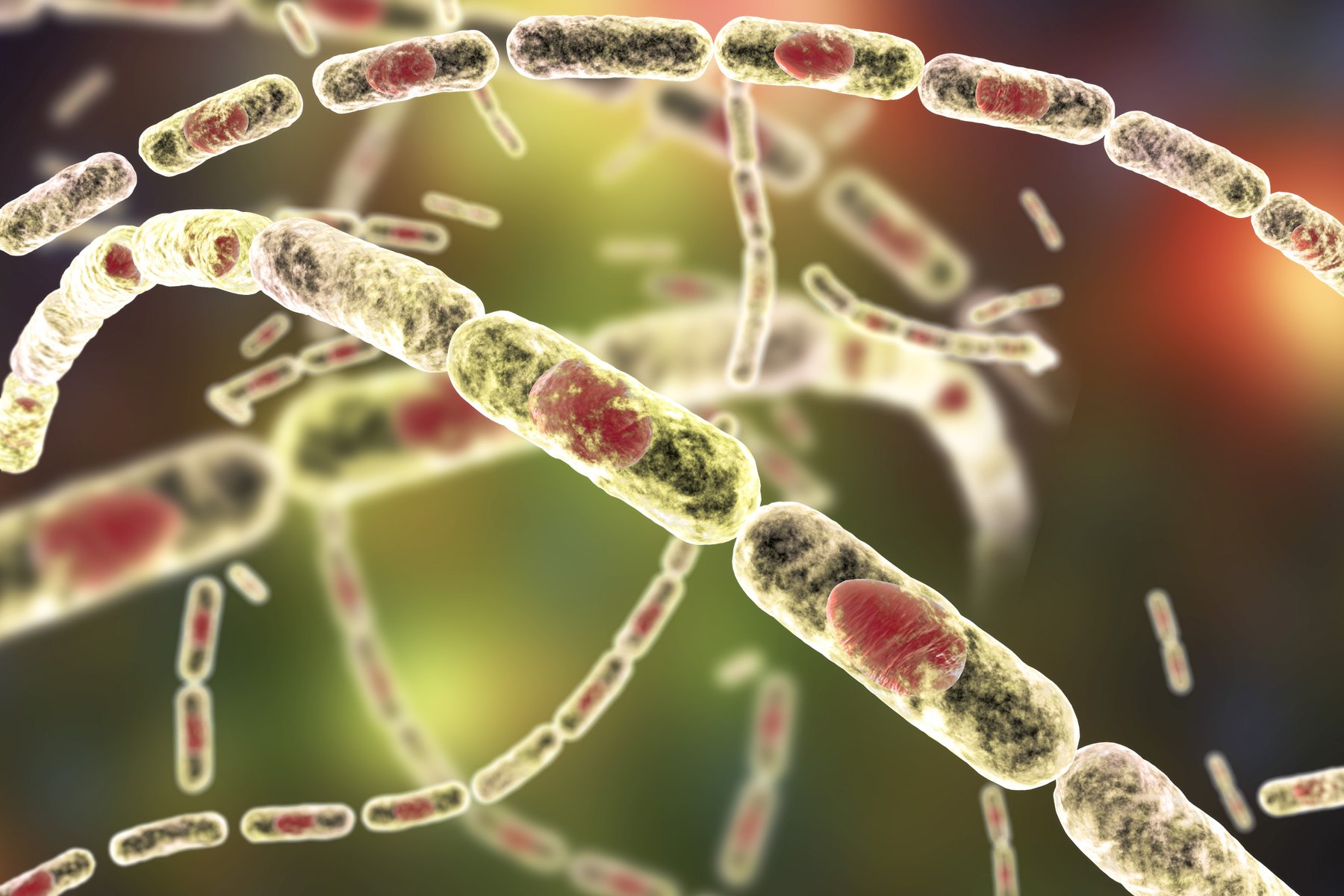 Anthrax has a scary reputation. Widely known to cause serious lung infections in humans and unsightly, albeit painless, skin lesions in livestock and people, the anthrax bacterium has even been used as a weapon of terror.

Now the findings of a new study suggest the dreaded microbe also has unexpected beneficial potential — one of its toxins can silence multiple types of pain in animals.

The research reveals that this specific anthrax toxin works to alter signaling in pain-sensing neurons and, when delivered in a targeted manner into neurons of the central and peripheral nervous system, can offer relief to animals in distress.

The work, led by investigators at Harvard Medical School in collaboration with industry scientists and researchers from other institutions, is published Dec. 20 in Nature Neuroscience.

Furthermore, the team combined parts of the anthrax toxin with different types of molecular cargo and delivered it into pain-sensing neurons. The technique can be used to design novel precision-targeted pain treatments that act on pain receptors but without the widespread systemic effects of current pain-relief drugs, such as opioids.

“This molecular platform of using a bacterial toxin to deliver substances into neurons and modulate their function represents a new way to target pain-mediating neurons,” said study senior investigator Isaac Chiu, associate professor of immunology in the Blavatnik Institute at Harvard Medical School.

The need to expand the current therapeutic arsenal for pain management remains acute, the researchers said. Opioids remain the most effective pain medication, but they have dangerous side effects — most notably their ability to rewire the brain’s reward system, which makes them highly addictive, and their propensity to suppress breathing, which can be fatal.

“There’s still a great clinical need for developing non-opioid pain therapies that are not addictive but that are effective in silencing pain,” said study first author Nicole Yang, HMS research fellow in immunology in the Chiu Lab. “Our experiments show that one strategy, at least experimentally, could be to specifically target pain neurons using this bacterial toxin.”

The researchers caution, however, that for now, this approach remains purely experimental and still needs to be tested and further fine-tuned in more animal studies and, eventually, in humans.

Researchers in the Chiu lab have long been interested in the interplay between microbes and the nervous and immune systems. Past work led by Chiu has demonstrated that other disease-causing bacteria can also interact with neurons and alter their signaling to amplify pain. Yet only a handful of studies so far have looked at whether certain microbes could minimize or block pain. This is what Chiu and Yang set out to do.

For the current study, they started out by trying to determine how pain-sensing neurons may be different from other neurons in the human body. To do so, they first turned to gene-expression data. One of the things that caught their attention: Pain fibers had receptors for anthrax toxins, whereas other types of neurons did not. In other words, the pain fibers were structurally primed to interact with the anthrax bacterium. They wondered why.

The newly published research sheds light on that very question.

The findings demonstrate that pain silencing occurs when sensory neurons of dorsal root ganglia, nerves that relay pain signals to the spinal cord, connect with two specific proteins made by the anthrax bacterium itself. Experiments revealed that this occurs when one of the bacterial proteins, protective antigen (PA), binds to the nerve cell receptors it forms a pore that serves as a gateway for two others bacterial proteins, edema factor (EF) and lethal factor (LF), to be ferried into the nerve cell. The research further demonstrated PA and EF together, collectively known as edema toxin, alter the signaling inside nerve cells — in effect silencing pain.

Using the quirks of microbial evolution for new therapies

In a series of experiments, the researchers found that the anthrax toxin altered signaling in human nerve cells in dishes, and it also did so in living animals.

Injecting the toxin into the lower spines of mice produced potent pain-blocking effects, preventing the animals from sensing high-temperature and mechanical stimulations. Importantly, the animals’ other vital signs such as heart rate, body temperature, and motor coordination were not affected — an observation that underscored that this technique was highly selective and precise in targeting pain fibers and blocking pain without widespread systemic effects.

Furthermore, injecting mice with the anthrax toxin alleviated symptoms of two other types of pain: pain caused by inflammation and pain caused by nerve cell damage, often seen in the aftermath of traumatic injury and certain viral infections such as herpes zoster, or shingles, or as a complication of diabetes and cancer treatment.

Additionally, the researchers observed that as the pain diminished, the treated nerve cells remained physiologically intact — a finding that indicates the pain-blocking effects were not due to injury of the nerve cells but rather stemmed from the altered signaling inside them.

In a final step, the team designed a carrier vehicle from anthrax proteins and used it to deliver other pain-blocking substances into nerve cells. One of these substances was botulinum toxin, yet another potentially lethal bacterium known for its ability to alter nerve signaling. That approach, too, blocked pain in mice. The experiments demonstrate this could be a novel delivery system for targeting pain.

“We took parts of the anthrax toxin and fused them to the protein cargo that we wanted it to deliver,” Yang said. “In the future, one could think of different kinds of proteins to deliver targeted treatments.”

The scientists caution that as the work progresses, the safety of the toxin treatment must be monitored carefully, especially given that the anthrax protein has been implicated in disrupting the integrity of the blood-brain barrier during infection.

The new findings raise another interesting question: Evolutionarily speaking, why would a microbe silence pain?

Chiu thinks that one explanation — a highly speculative one, he added — may be that microbes have developed ways to interact with their host in order to facilitate their own spread and survival. In the case of anthrax, that adaptive mechanism may be through altered signaling that blocks the host’s ability to sense pain and therefore the microbe’s presence. This hypothesis could help explain why the black skin lesions that the anthrax bacterium sometimes forms are notably painless, Chiu added.

The new findings also point to novel avenues for drug development beyond the traditional small-molecule therapies that are currently being designed across labs.

“Bringing a bacterial therapeutic to treat pain raises the question ‘Can we mine the natural world and the microbial world for analgesics?’” Chiu said. “Doing so can increase the range and diversity of the types of substances we look to in search for solutions.”