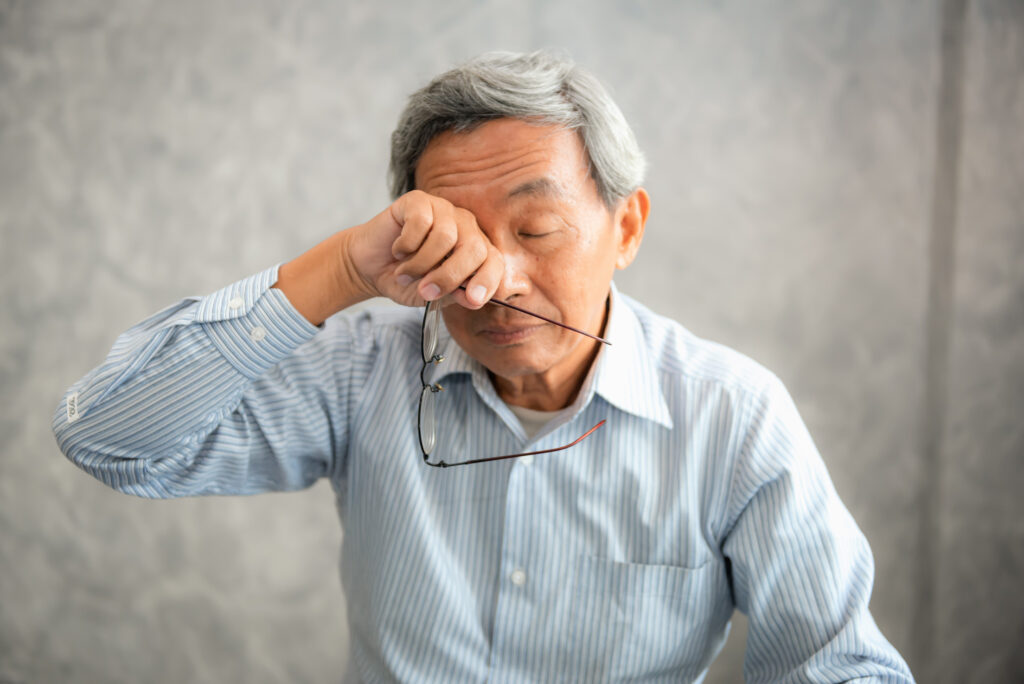 Patients with a specific form of age-related macular degeneration (AMD), a leading cause of blindness in the United States, are at significant risk for cardiovascular disease and stroke, according to new research from New York Eye and Ear Infirmary of Mount Sinai. This study, published in the July issue of Retina, is the first to demonstrate a link between the disorders.

“For the last three decades researchers have suggested an association between AMD and cardiovascular disease, but there has been no conclusive data on this until now. Our retinal team answered this important question by focusing on two different varieties of AMD that can be seen with advanced retinal imaging. We discovered that only one form of AMD, that with subretinal drusenoid deposits, is tightly connected to high-risk vascular diseases, and the other form, known as drusen, is not,” explains lead author R.Theodore Smith, MD, PhD, Professor of Ophthalmology at the Icahn School of Medicine at Mount Sinai. “If ophthalmologists diagnose or treat someone with the specific subretinal drusenoid deposits form of AMD, but who otherwise seems well, that patient may have significant undetected heart disease, or possibly carotid artery stenosis that could result in a stroke. We foresee that in the future, as an improved standard of care, such patients will be considered for early referral to a cardiologist for evaluation and possibly treatment.”

AMD is the leading cause of visual impairment and blindness in people over 65 years old and is the result of damage to the central area of the retina called the macula, which is responsible for reading and driving vision. One major form of early AMD is called drusen, where small yellow cholesterol deposits form in a layer under the retina. They can deprive the retina of blood and oxygen, leading to vision loss. Drusen formation can be slowed by appropriate vitamin supplementation.

The other major form of early AMD is the presence of subretinal drusenoid deposits (SDD), which is lesser known, and requires high-tech retinal imaging to detect. These deposits are also made of fatty lipids and other materials, but form in a different layer beneath the light sensitive retina cells, where they are also associated with vision loss. Currently, there is no known treatment for SDD.

Mount Sinai researchers analyzed 126 patients with AMD, using optical coherence tomography (OCT) — an advanced imaging system that provides high-resolution cross-sectional scans of the retina. Patients also answered questionnaires about their health history including heart disease and stroke. Of the patients on the study, 62 had SDD and 64 had drusen; 51 of the 126 total patients (40 percent) reported having cardiovascular disease or a past stroke, and most (66 percent) of those patients had SDD. By contrast, of the 75 patients who did not have known heart disease or stroke, relatively few (19 percent) had SDD. In statistical terms, patients with cardiovascular disease or stroke were three times more likely to have SDD than patients without.

The researchers suggested that the underlying heart and vascular disease likely compromises blood circulation in the eye, leading to the SDDs beneath the retina and ultimately causing vision loss and blindness.

“We believe poor ocular circulation that causes SDDs is a manifestation of underlying vascular disease. This has important public health implications and can facilitate population screening and disease detection with major impact,” explains author Jagat Narula, MD, PhD, Associate Dean of Global Affairs and Professor of Medicine (Cardiology), and Radiology, at the Icahn School of Medicine at Mount Sinai. “Seen in an eye clinic, such patients should be prompted to see a cardiologist. On the other hand, if clinically substantiated in prospective studies, SDDs could emerge as a risk marker for underlying vascular disease in asymptomatic patients in primary care or a cardiology clinic. The temporal relationship between SDDs and macrovascular disease will also need to be established in prospective studies which are currently in progress.”

Researchers also collected patient blood samples, and results show genetic risk factors may also play a role in SDD cases in addition to vascular causes. Specifically, they found that the ARMS2 gene acted independently of vascular disease to cause SDD in some patients.

“This study further demonstrates that AMD is not a single condition or an isolated disease, but is often a signal of systemic malfunction which could benefit from targeted medical evaluation in addition to localized eye care,” says Richard B. Rosen, MD, Chief of the Retina Service for the Mount Sinai Health System. “It helps bring us one step closer to unraveling the mystery of this horrible condition which robs so many patients of the pleasure of good vision during their later years. ”