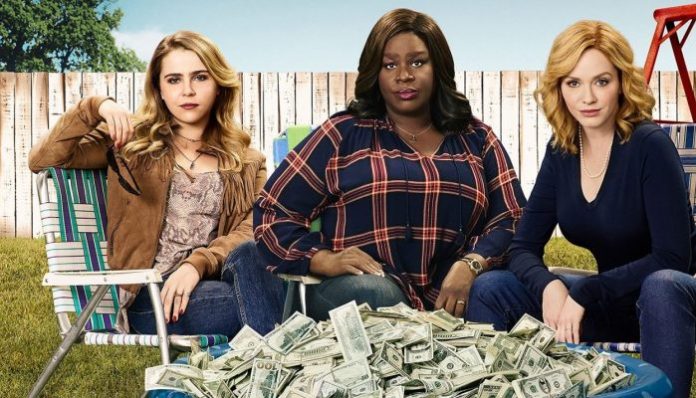 Will There be ‘Good Girls’ Season 5 on NBC or Netflix?

Good Girls is a crime comedy-drama that premiered on NBC on Feb 26, 2018. Millions of viewers have been watching the series since 2018. The fourth season of Good Girls was released on NBC on March 7, 2021. It concluded on the network on July 22, 2021. While millions of fans watch the show live on NBC, even more, wait for it to release on Netflix. The fourth season arrived on Netflix on March 7, 2022, and the fans are absolutely loving it.

What Good Girls is about?

Created by Jenna Bans, the crime-comedy follows three suburban Michigan mothers Elizabeth “Beth” Boland (Christina Hendricks), Ruby Hill (Retta), and Annie Marks (Whitman) struggling to make ends meet. Tired of poverty and having everything taken away from them, they decide to pull off an improbable heist by robbing a supermarket,  only to get involved with local police and other criminals.

Why did NBC cancel Good Girls after season 4?

According to a report from TVLine in July, the idea was the keep the show running with an eight-episode final season 5. However, things didn’t work out due to several factors.

One of the prime reasons quoted was the creative differences between the cast and the crew. According to the report, “renewal hit a major snag in mid-June when negotiations with co-star Manny Montana hit a wall”. Manny Montana who portrayed Beth in the show was not ready to take a smaller paycheck.

The report also noted troubles between the relationship of Christina Hendricks and Manny Montana. Both of them were rumoured as off-screen couples but they described their relationship as professionals and hinted that they are not exactly friends in real life.

As per TVLine, NBC managed to bring the cast on board for the fifth and final season. It was planned that the production would start in Spring 2022. But the show eventually gets cancelled.

An NBC employee explained the show cancellation due to money, “[We] very much wanted to bring Good Girls back for one more season to close out the story, but unfortunately, we were unable to make the financials work.”

Why Netflix didn’t pick up the show for renewal?

The show is currently streaming on Netflix. Fans were hoping Netflix to pick the series just like Manifest but that didn’t happen.

According to a report by Deadline, Universal TV planned to create Good Girls season 5 exclusively with Netflix but things didn’t work out due to licensing, finances and pay structure.

Fans are still hoping for a renewal: Campaign to save Good Girls Season 5

As of today, March 9, 2022, Good Girls Season 5 stands cancelled but the fans haven’t lost it yet.

Fans are still active on social media months after the cancellation. They are using the hashtag “#SaveGoodGirls”. Thousands of fans have already signed a petition on Change.org to save Good Girls Season 5.

Would you like Good Girls to get renewed for Season 5? Share your views with us in the comments section.