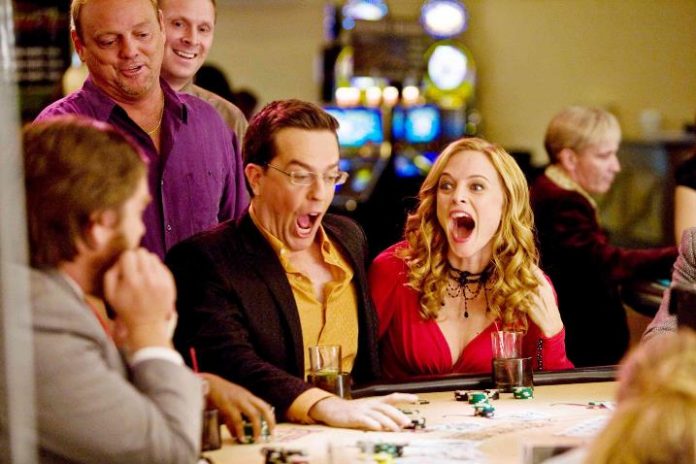 What are Hollywood’s most famous casino movies of all time?

Everyone likes to relax and watch a good movie. Of course, it’s even better when the movie involves a lot of action, money, and danger. People have always been intrigued by casinos and the glitz and glamor that appears to reside as normal there compared to everyday casual life. A trip to a casino can be a very fun event.

The casino industry itself has taken a bit of a hammering lately for a variety of reasons. The onset of Covid saw venues around the world closed for a period of time. Online casino sites became even more popular as people who like to gamble were able to play games like roulette, slots, and live poker from the safety of their own homes.

Regardless, if you were missing the exciting times you spent in a casino, or are curious to see what really goes on in some of these places behind the scenes, Hollywood has got you covered. From daring robberies to humor, students to the mafia, you cannot fail but be entertained by some of the classic casino-based tales that Hollywood has produced.

Here are a few that will have you rolling around with laughter or on the edge of your seat with the drama!

Card games have always been popular, be it amongst friends at home for fun, or playing online or at a casino for money. While poker appears to have grown even more in stature in recent years, with players trying to outwit each other at every chance, the focus of this movie was the game of 21, also commonly known as blackjack.

A team of highly intelligent students, mentored by their professor, learn the dangerous, yet legal, area of counting cards. Aiming to make big profits, they set their sights on Las Vegas and hone their skills before making journeys there. Of course, their seemingly easy ability to make money arouses the interest of the casino boss, and efforts mount to have them excluded from the casino for fear of sustaining heavy losses.

Based loosely on a true story surrounding a group of students in an American college, viewers found themselves cheering on the team as they aimed to clean out the big earning casinos without causing any harm or danger to anyone. Except possibly themselves if caught!

While the movie itself only slightly delves into actual casino play, people found it quite a funny movie to watch. They could relate to it easily, as it demonstrated the perils of a wild few days in gambling heaven with all it has to offer. In this case, like most great casino movies, the setting was Las Vegas.

To celebrate an upcoming wedding involving one of their gang, four friends set off on a crazy adventure to have a few final days of debauchery with him. The others see it as an escape from their otherwise boring lives. They all wish for a return to the days when they were wild and could do whatever they wanted.

The movie revolves around a heavily drunken night in which no one can remember what actually happened. The groom has gone missing and the rest try to piece together the night to find out where he is and get him back to his furious partner. What follows is a series of comical events that occur to a bunch of normal people as they discover how whacky Las Vegas really is.

Another seemingly timeless classic, this is a story of how the mafia was infiltrating and controlling casinos in Las Vegas back in the days when the industry was not so closely regulated as today. Shady characters were common, and the threat of violence hung in the air over the city.

The movie follows the life of a mobster Sam “Ace” Rothstein, who is given control of a casino by his mafia bosses with the aim of making them as much money as possible. Things go smoothly for a while, but problems begin to emerge, seeing Sam do battle with his wife, and also his mafia enforcer, who just happens to be his best friend.

It’s an intriguing tale of the struggle for power and all the riches it involves. Acts of betrayal and violence gripped viewers as they waited to see how the story unfolded. While perhaps not being noted as the greatest mafia movie ever made, it gave the public an in-depth look at casinos, how they were run, and what went on behind the scenes in the gambling world.

Released in 2001, this movie still remains at the top for being one of the most entertaining stories about robbing a casino. It was a hit at the box office and contained a star-studded cast, which only added to its popularity. It spawned a series of movies, now including 4 titles, with the last coming in 2018.

A thief on parole concocts a plan to rob three of the biggest casinos in Las Vegas at the same time. The casinos store their money in the same safe, and unfortunately at that moment, known to the thief, of course, have quite a lot of money there. He recruits a team of friends and people skilled in the arts of robbery to help him pull it off.

People enjoyed this movie for multiple reasons. They were amazed because it showed the sheer amount of money that is flowing through Las Vegas. It’s hard for normal people to comprehend and that’s what makes the city so fascinating and mystical. The bravado, determination, and sophistication shown by the thieves had everyone glued to their chairs at the thought these events actually could and do happen in the real world.

It can be said perhaps that the James Bond movie series brought gambling and casinos more firmly into the public eye. His character, famous worldwide to all ages, was very fond of playing games and visiting those establishments for at least a drink. Since then, many movies have been made that focus on the casino world specifically.

The above is a list of the movies Hollywood has made which have stood out, regardless of how old or new they may be. People are looking for entertainment, and they provide that. Containing gripping storylines that will really open your eyes to casino life, these movies cannot be missed.