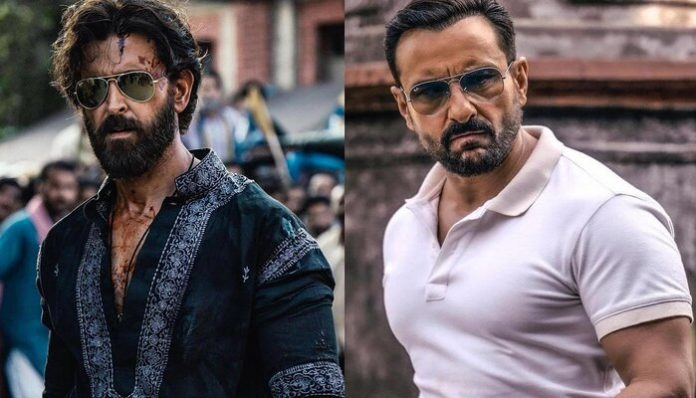 Vikram Vedha to Drishyam 2: 15 South Indian Movies That Are Getting A Hindi Remake

South Indian movies are performing exceptionally well these days. Especially the recent ones like Pushpa, RRR, and KGF Chapter 2 were blockbusters at the box office. Not only these, but in the past too, the South industry has given tons of terrific movies. Bollywood often tends to adapt the storyline of these movies and make Hindi remakes out of them. So here, we have compiled the list of South Indian movies that are currently getting a Hindi remake.

Drishyam 2 is the remake of the 2021 Malayalam movie of the same name and sequel of the 2015 Bollywood movie Drishyam. Ajay Devgn, Tabu, Shriya Saran, Ishita Dutta, Mrunal Jadhav, and Rajat Kapoor will reprise their respective roles. Akshaye Khanna is the new addition to the cast.

Allu Arjun and Pooja Hegde starrer romantic action drama Ala Vaikunthapurramuloo was the highest-grossing Telugu movie and the highest-grossing Indian movie of 2020. Its Hindi remake Shehzada stars Kartik Aaryan and Kriti Sanon. Scheduled to release in November this year, the remake is helmed by Rohit Dhawan.

The Great Indian Kitchen is a 2021 Malayalam drama movie written and directed by Joe Baby. It narrates the story of a newlywed woman (Nimisha Sajayan) who struggles to be the malleable wife that her husband (Suraj Venjaramood) and his family expect her to be. Harman Baweja will produce the Hindi remake which will be helmed by Arati Kadav. Dangal star Sanya Malhotra has been roped in to play the lead role.

Thalapthay Vijay and Vijay Sethupati starrer Master was one of the biggest Tamil hits of 2021. Just a day after it was released, Shine India and Murad Khetani acquired the rights to remake it in Hindi. As per the sources, Salman Khan is in talks to play a lead role in the movie.

Vikram Vedha is a remake of a 2017 Tamil thriller movie of the same name. While the original had R Madhavan and Vijay Sethupati in lead roles, the Hindi remake stars Saif Ali Khan and Hrithik Roshan. Directed by Pushkar–Gayathri, the movie will release on Sep 30, 2022.

As we called it a wrap on set, my mind is flooded with all the happy memories, testing times, action, thrill and hardwork we all have put into #VikramVedha. Doing a little excited-nervous dance in my head today.. as we inch closer to our release date.

See you at the cinemas. 😊 pic.twitter.com/fk2tzvp9qf

Directed by Lokesh Kanagaraj, Kaithi is a Tamil action thriller movie starring Karthi in the lead role. This movie has similarities with Assault on Precinct 13 (1976) and Con Air (1997). Its Hindi remake titled Bholaa starring Ajay Devgn will release in theatres on March 30, 2023.

Inspired by the real-life of GR Gopinath, the founder of Simplify Deccan, Soorarai Pottru stars Suriya, Aparna Balamurali, and Paresh Rawal in main roles. It was selected as one among ten Indian films to be screened under the Best Foreign Film category at the 78th Golden Globe Awards.

U-Turn is a Tamil and Telugu film starring Samantha, Aadhi Pinisetty, Bhumika Chawla, and Rahul Ravindran. It is a remake of a 2016 Kannada movie of the same name. In 2021, Ekta Kapoor announced the Hindi remake of this thrilling movie. Alaya F will be playing the role of a journalist in the movie.

Allari Naresh and Varalaxmi Sarathkumar starrer Naandhi is a Telugu courtroom drama directed by Vijay Kanakamedala. The movie performed well at the box office grossing over Rs 9.5 Crore. Dil Raju has bought the rights to produce its Hindi remake. Ajay Devgan will be appearing in the lead role.

HIT: The First Case is a Telugu action thriller movie starring Vishwak Sen and Ruhani Sharma. This movie was well-received by the audience, merely because of its catchy storyline. The film is now getting a standalone sequel with a new storyline.

The Hindi remake of the same name is being directed by Sailesh Kolanu and stars Rajkumar Rao and Sanya Malhotra in lead roles. It will hit the big screens on July 15, 2022.

Comali is a Tamil comedy-drama that starred stars Jayam Ravi, Kajal Aggarwal, Yogi Babu, Samyuktha Hegde, and KS Ravikumar. Comali follows Ravi, a coma patient who has missed 16 years of his life and struggles to adapt to the new improved world. Boney Kapoor has announced a Hindi remake with Arjun Kapoor in the lead role.