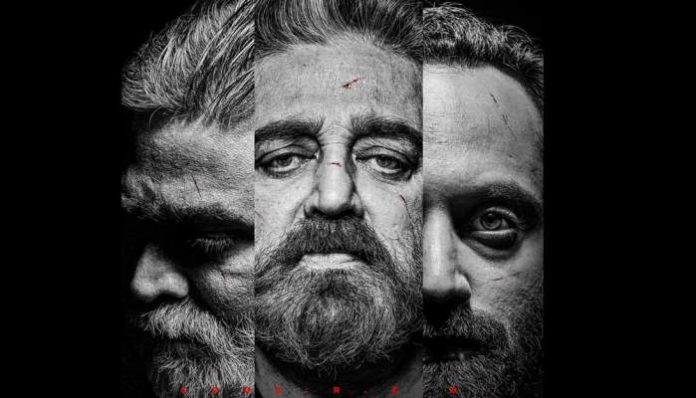 The film is released on around 550 cinemas in Tamil Nadu. Headlined by Kamal Haasan, Vikram also stars Vijay Sethupathi and Fahadh Faasil. Lokesh Kangaraj’s crime thriller has taken a solid opening at the Tamil Nadu box office with occupancy around 60%-70% in the morning shows. It witnessed good growth as the day progressed. In the night shows, the action-packed crime drama witnessed massive growth, especially in Chennai multiplexes.

Outside Tamil Nadu, the movie opened well in other Southern states. It recorded decent opening day numbers in Kerala and Karnataka. In Kerala, Kamal Haasan starrer collected around Rs 5 Crore (Gross). In Telugu states, the movie recorded big numbers on its opening day. However, the Hindi dubbed version of the movie hasn’t opened well. It was a total washout with collections of around Rs 30 lakhs.

Post-Pandemic, #Vikram has the highest Premieres + Day 1 in #USA for a Kollywood Movie..

Overall, the opening day worldwide collection of Vikram is around Rs 42 Crore. This is a good opening and one can expect the movie to cross Rs 250 Crore in its lifetime.

The total budget of Vikram including various costs is around Rs 150 Crore. The movie has already recovered Rs 201 Crore through theatrical, streaming, and satellite rights. So, even before its release, Vikram is a profitable venture for its producers.