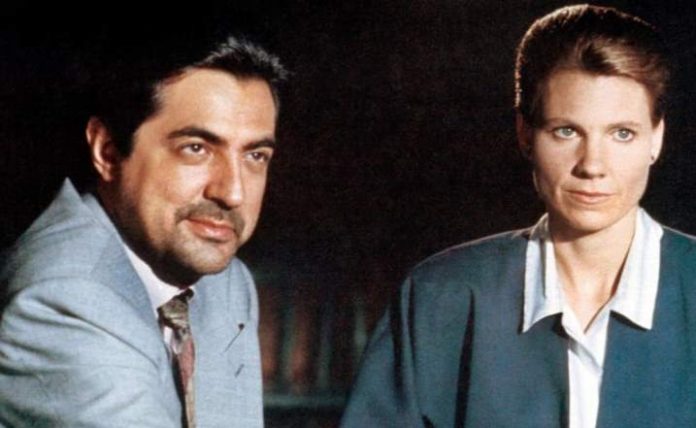 Two themes that will never cease to concern filmmakers coincide with the two main causes of crime: love and money. Money is more interesting. Gangsters raking in the money with a shovel and treasure hunters looking for gold are what everyone enjoys watching. But those who love gambling at a Canadian casino Playamo online will find watching casino-related movies more spectacular. This is what really excites and stirs the blood! Are you into gambling? Then watch these movies.

A patient comes to see Margaret, a successful psychiatrist, claiming to be in debt to a mobster named Mike and threatening to kill himself. She dissuades him from committing suicide and promises to help. At a meeting at a gambling house with Mike, who exudes fraudulent charm, Margaret sits down at the card table for the first time in her life and soon no longer understands how she lived without gambling.

Filmed in a stingy theatrical manner more reminiscent of the minimalism of the early ’90s than the excesses of the ’80s with their enormous shoulders and haircuts, playwright David Mamet’s directorial debut plays on the card cheat principle: “If you don’t know who the sucker at the table is, it’s you.” The audience is the main sucker, and it’s a pleasant feeling: with all the variety of movies about how the thief stole the baton from the thief, there are few such dashing plot twists in the world. But the final twist flicks the viewer on the nose, making it clear that we weren’t being entertained here. This was a story about a woman who woke up. And woe to those who woke her up.

A New Orleans player nicknamed the Cincinnati Kid knows he’s the best. To prove it to himself, he chooses a partner who is considered the best by others. It seems strange to call a major poker movie a picture where McQueen, with his two Arctic shards in his eyes, half the screen time chooses between a blond angel and a devil, and also quite often punches someone in the face.

The Cincinnati Kid is a movie about a gambler who exists only when he holds cards. Everything else he has looming in the background is an optional addition to the one thing he is here for.

Mike, a born gambler, who gave up poker for his fiancée, meets a friend who is out of jail. The friend has a nickname Worm, a stupid haircut and a large debt to a Russian mobster. To get the money, Mike sits down at the table again. This energetic, hard-hitting movie is one that poker players love to complain about, the whole game there is for dummies, and is passed off as genius. But for those looking for poker in poker movies, it’s not the full-length movie that’s needed, but the Tilt series with Michael Madsen, which will satisfy even World Series participants. The rest of us can enjoy Damon’s serious face and boyish smile, Norton’s slobbery and the way Malkovich’s character eats cookies menacingly.

In 1930s Chicago, where everything is so mobbed up that gangsters are introduced by nicknames, an aspiring player teams up with a hardened con man to avenge the death of a mutual friend on a local mob boss. Butch Cassidy and the Sundance Kid, long romanced by gangsterism, return four years later from the Bolivian sunset to romance con men forever. Note that no major social filmmaker has yet taken on the task of exposing such thugs. Two Hollywood icons of masculinity dazzle with snow-white smiles, flaunt striped suits designed by legendary costume designer Edith Head, play Scott Joplin ragtime, and the audience’s heart sings as the good bad guys take money from the bad guys.

Professional gambler Brett Maverick travels to a big poker tournament, collecting money from his debtors along the way to make the necessary payment. Along with the money he picks up a good-looking gambler-turned-player, an old sheriff, and a gangster stalker. Richard Donner, who played enough with Gibson in Lethal Weapon, reveals the comedic side of the actor, but does not forget to give him a gun, with which Gibson certainly looks more organic than with a deck of cards. The picture cheerfully deconstructs the clichéd Westerns on the list. You can’t see Gibson’s usual depression here. Foster shoots his eyes intoxicatingly. Garner, who played the Maverick character in the classic 1950-1960 series, is good old-fashioned. Stagecoaches flying off a cliff, Indians going about their business.