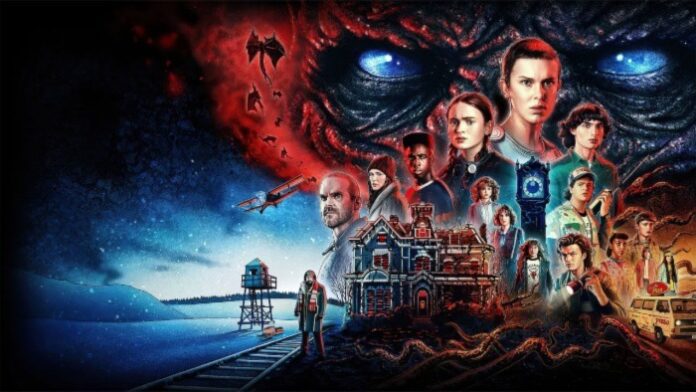 Stranger Things is a popular American science fiction horror drama television series created by the Duffer Brothers. The series is focused on a myriad of mysteries and paranormal incidents in and around Hawkins and how they affect a group of young and adult individuals.

On July 15, 2016, the first season was released on Netflix. October 2017, July 2019, May, and July 2022 saw the release of its second, third, and fourth seasons, respectively. Also, the show has received praise from critics for its narrative, directing, acting, soundtrack, characters, and mood. However, it has now been made official that Stranger Things 5 will indeed happen. Also, it will be the series’ final season, sending fans into a frenzy.

So, when will Stranger Things Season 5 be on Netflix? What the upcoming season has in store? Who is the cast? Well, to find out, keep reading.

Stranger Things season 5 is officially in production, and the show’s creators have been working hard to write the upcoming season. At its yearly Tudum event, Netflix kept very quiet regarding Stranger Things season 5. No trailer or cast information was provided for the show. However, we received some fun bloopers from past seasons and word that season 5 will indeed be released.

Although the scripting for the upcoming season has just begun, the show’s cameras have not yet started to roll. However, Stranger Things season 5 will likely make a big splash when it debuts in 2024. Since this is the final season, they will undoubtedly want to go all out, which could make season 5 even longer.

The stranger Things season 5 plot is currently unclear, but the makers have indicated that they have the entire series ending pretty well figured out and have provided some hints as to what to expect. At the end of Season 4, each group—in Nevada, Indiana, and Russia, respectively—worked together somewhat unintentionally to defeat Vecna.

In Upside Down, Robin, Steve, and Nancy set fire to his helpless physical form while Max baits his mind at the Creel House. Mike and Will simultaneously get submerged in a makeshift sensory deprivation tank, and therefore, her consciousness travels to Max to help her fight the bad guy. However, as Will explains near the end, Vecna is still alive.

Therefore, we can expect many more actions from the kids and adults to take vecna down, or it can be the way around. Whatever the outcome, it is inevitable that fans will enjoy the final season while also being upset to see it end.

It’s pretty unlikely that any of the key cast members will break up before Stranger Things concludes, thus they’re all expected to return for season 5.

Here’s a look at the star cast:

However, only if Sadie Sink recovers from her coma will she be seen again as Max Mayfield.

Since the upcoming season has just been confirmed, there is no trailer as of yet.

Stranger things is a popular Netflix exclusive series. However, the show may be rented or purchased on Vudu.