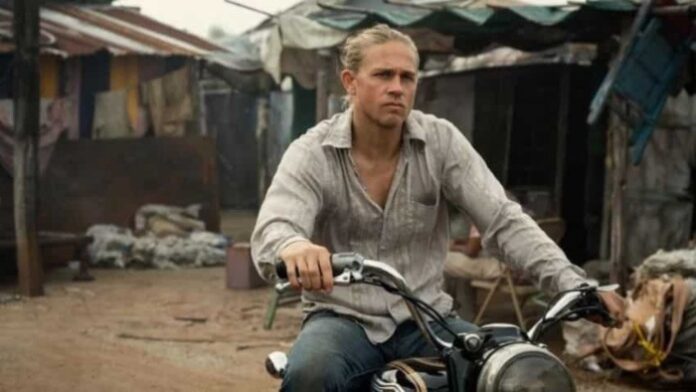 Shantaram on Apple TV+: The upcoming drama thriller series is coming in October 2022.

Shantaram is an upcoming drama thriller Apple TV+ original based on Gregory David Roberts’ 2003 novel of the same name and drew inspiration from the author’s own life. Apple TV+ recently released the first look of the series, and fans went crazy over it.

On June 7, 2018, Apple Inc. announced that Eric Warren Singer would write a television version of the novel for Apple TV+. Since then, the audience has been anticipating its release. So, when will Shantaram be on Apple TV+? What does the upcoming series have in store? Who is the cast? Well, in order to find out, keep reading.

“Shantaram” has undergone several delays, even after switching from a feature film to a TV series. The wait, however, is over. Apple TV+ has revealed that the upcoming original drama series is coming soon.

The first three episodes of the 12-episode first season will be out on Apple TV+ on October 14, 2022. A new episode will air every Friday after the premiere. If there are no breaks, the first season will conclude on December 16, 2022.

Charlie Hunnam is shown riding a bullet bike through the streets of Bombay in the first look. Based on Gregory David Roberts’ best-selling novel, Shantaram is a hopeful cinematic love tale combined with a thrilling epic adventure that follows one man’s journey to atonement across a land that alters his life.

A first look at #Shantaram starring Charlie Hunnam and based on the best-selling novel by Gregory David Roberts.

The story is set in the 1980s and follows heroin addict and desperate runaway Lin Ford after successfully breaking out of an Australian prison where he was serving a robbery punishment. He ultimately resorts to using the appearance of a doctor on the busy streets of Bombay to establish a new life.

However, Lin struggles to put his past behind him in India, as he quickly becomes involved with neighbourhood gangs and the conflict with Russian forces advancing into Afghanistan. His life becomes even more complicated after he falls in love with a strange woman named Karla. The narrative sounds like a fascinating TV series concept, and after such a difficult road, we can only hope that everything works out in the end.

Apple TV+ released the trailer a few days back. It shows Charlie Hunnam’s Lin Ford on a wild ride around 1980s Bombay. Watch it here:

Who’s in the cast of Shantaram?

Where To Watch Shantaram?

Shantaram is an exclusive series for Apple TV+, meaning it will only be available on this platform. This streaming service provides quality, drama, and shows in almost all genres. Hence, it is a complete package of entertainment. However, the series will be available exclusively on Apple TV+, with various membership packages from which viewers can choose based on their preferences.