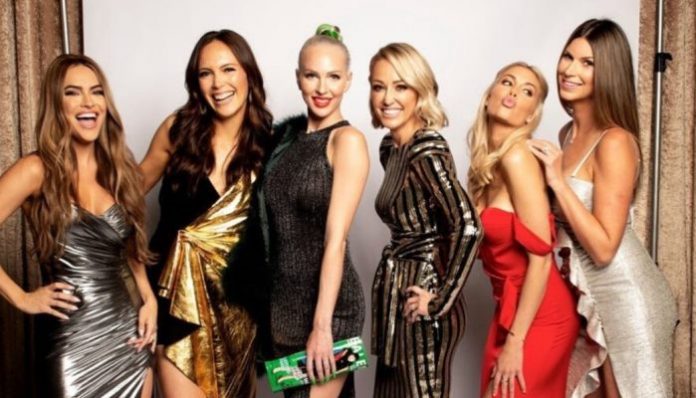 Netflix has renewed the reality series Selling Sunset for two more seasons. Here’s everything you need to know.

Selling Sunset is a reality show full of glitz, glamour, and drama featuring a group of agents as they navigate their personal and professional lives. Since its debut on Netflix in 2019, the series has managed to keep the viewers entertained. Season 5 wrapped up on April 22, 2022, with a reunion episode. It’s been more than two months since we last saw the beautiful agents. Will there be Selling Sunset Season 6? When will it premiere? Here’s everything we know so far.

Has Netflix renewed Selling Sunset for a sixth season?

In January, US Magazine reported that Selling Sunset had been renewed for season 6 and season 7. Netflix officially confirmed the news on June 23, 2022, when it published a list of real estate and home renovation shows.

Is there a release date for Selling Sunset Season 6?

For now, there is no release date for Selling Sunset season 6, though Netflix said production would start “this summer”. It s difficult to predict the release date for the next season as the series hasn’t followed a strict release pattern.

With production starting in summer, my best guess for the ‘Selling Sunset season 6’ premiere date would be fall 2022.

How many episodes will there be in Selling Sunset Season 6?

Selling Sunset seasons one, two, and three had eight episodes each. Season four and five had 10 each. There was also a reunion episode in the fifth season. We’d expect season six to also have 10 episodes. Since the reunion episode worked well, it may become a customary episode going forward.

Well, nothing much here except that we are going to witness a lot of drama and glitz. Christine may not be working for the Oppenheim Group anymore after that bribe incident. However, one can expect her to continue to be a part of the show.

Who will star in Selling Sunset Season 6?

Well, there is no official update on who is returning back and who’s getting dropped for the next season. However, we are expecting the following cast members to return back for the sixth season:

Maya Vander has confirmed to Page Six that she won’t be returning to the show. She told the site: “I decided not to execute my contract”. The Maya Vander Group said, “I want to focus on my family, and flying coast to coast is a lot. The show is great, and I love everyone, but looking forward to growing my business in South Florida.”

Christine Quinn confirmed to USA Magazine that she will return. She said. “I am ‘In a Really Good Place’ With Jason After Leaving the Oppenheim Group.” Quinn and her husband announced in April 2022 that they were starting a company called RealOpen that focuses on cryptocurrency real estate transactions.

Vanessa Villela is reportedly moving to London with her fiancè. So, it’s not clear if we will see her back.

How to watch Selling Sunset?

Selling Sunset is a Netflix-exclusive show. Seasons 1, 2, 3, 4, and 5 are all available on Netflix. Season 6 will also be exclusively released on Netflix. There is also a spin-off series called Selling Tampa available to stream on the service.

Will there be a season 7 of Selling Sunset?

Along with season 6, Netflix also confirmed that there will be a season 7 of Selling Sunset as well.