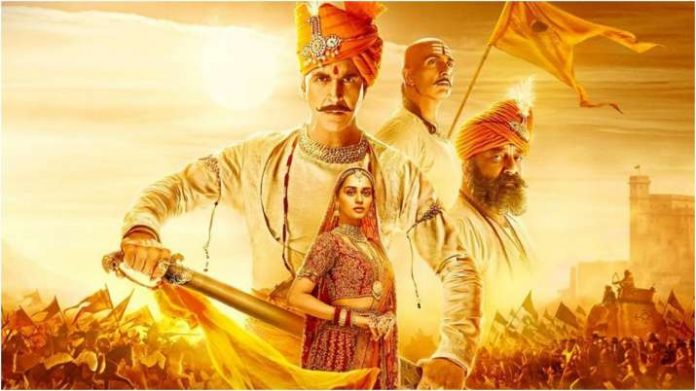 The biggest Bollywood movie of the year, Samrat Prithviraj is running in theatres now. Starring Akshay Kumar in a titular role, the historical drama is helmed by Dr Chandraprakash Dwivedi. Despite being one of the biggest movies, the Akshay Kumar starrer has failed to generate enough pre-release buzz. Now, that the movie is finally in theatres, let’s hope that YRF and Akshay Kumar deliver a good historical drama. Let’s have a look at Samrat Prithviraj preview.

Recently, the CBFC certified the movie with a U/A certificate. The historical drama has a runtime of 2 hours 13 minutes (133 minutes). This runtime is quite less if we compare it to other theatrical Bollywood movies.

Title changed from #Prithviraj to #SamratPrithviraj on 27 May 2022, as per #CBFC certification. pic.twitter.com/JA5EwkQqQV

At the box office, Samrat Prithviraj is clashing with two other biggies, Kamal Haasan’s mass action entertainer Vikram and biographical drama Major. Both these movies have created a good pre-release buzz in north India.

Coming to Akshay Kumar’s screen count, the Hindi version is releasing on 3550 screens while Tamil and Telugu versions have been allotted 200 screens.

The advances for this historical drama opened five days prior to the release. But the reports aren’t encouraging. Being a grand historical event movie starring superstar Akshay Kumar, one would expect huge advances. But the trend hasn’t been favorable.

As per various reports, Akshay Kumar starer sold around 17,500 tickets in the three national chains – PVR, Inox, and Cinepolis till Thursday morning. This is a pretty average number considering how big the movie is. The advance booking numbers are lower than RRR, Bhool Bhulaiyaa 2, and Gangubai Kathiawadi.

In the past, Akshay Kumar movies haven’t relied on big advances. But the scenario is different here. Samrat Prithviraj is a grand movie mounted on a mammoth budget. So, even trade was expecting decent advance booking which hasn’t turned out to be the case.

Now, the movie is totally dependent on spot bookings. The early critics’ reports and WOM of the public have become crucial factors now.

Though fans are expecting a huge opening, the advances suggest that this Akshay Kumar starrer will take an average opening. Samrat Prithviraj is looking to collect around Rs 12 Crore on its opening day. The numbers may go up by 1 to 2 Crore depending on spot bookings.

We consider it a pretty poor start considering the scale of the movie. The box office fate of the movie is in hands of the audience now. Akshay Kumar starrer needs to be a solid entertainer to work at the box office.