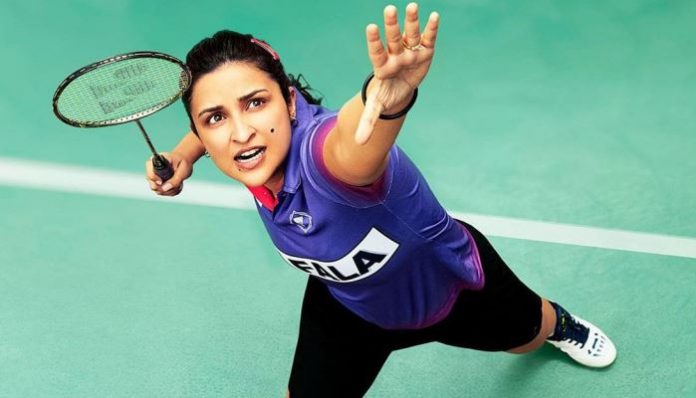 Saina starring Parineeti Chopra in a lead role finally hit the cinemas on March 26, 2021. The film is a biopic on ace Indian badminton player Saina Nehwal. Being a biopic, the film has been in news ever since its announcement. However, the trailer and posters received mixed reviews which lead to low pre-release buzz. Yesterday, the film opened to mixed response from the audience. The film is also receiving mixed reviews from critics. If this isn’t enough, there is one more reason for the filmmakers to get worried. Parineeti Chopra starrer has become the latest victim of piracy. Several piracy websites including Tamilrockers have leaked Saina full movie online in HD quality.

While the film is struggling to get the audience to the theatres, it gets leaked within hours of its theatrical release in cinemas. Saina full movie download is on piracy websites like Movierulz, Filmyzilla, Filmywap, 9xmovies and others. Not only piracy sites, but the movie is available on several Telegram channels in HD for free download.

This will severely affect the film’s earning as the COVID cases are on the rise and several states have imposed night curfew and lockdown. In Maharashtra, which contributes around 25% of the total Bollywood business, cinemas are running with just 50% capacity.

Directed by Amol Gupte and produced by Bhushan Kumar, the film is based on the life of Badminton player Saina Nehwal. Apart from Parineeti in a titular role, the film also stars:

Piracy of any original content is a punishable offence under the copyright act. We strongly oppose piracy. We neither support nor promote any torrent/piracy website. Time and again we are reminding you that downloading/streaming movies from piracy websites may land you in big trouble. We strongly recommend you stay away from piracy sites. There is always an option of legal sites like Netflix, Amazon Prime Video to watch the movies.