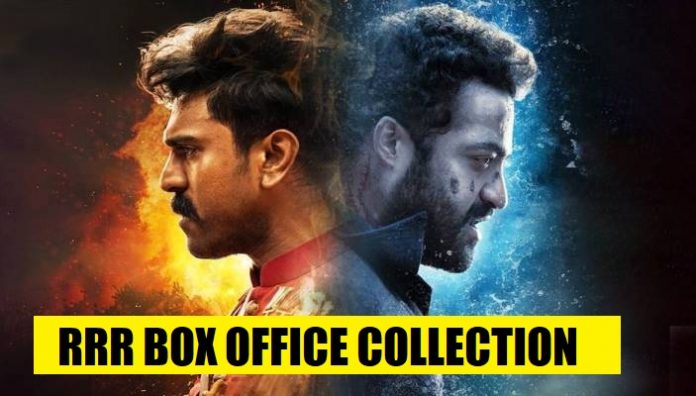 SS Rajamouli’s action entertainer RRR is ruling the worldwide box office since its release. After grossing Rs 500 Crore worldwide in the first weekend, it witnessed an expected drop on Monday. However, the numbers are still pretty good compared to other movies. As per early reports, RRR’s 4th day box office collection is around Rs 47 Crore (Nett).

In the home state, AP/TG, Ramcharan and Jnr. NTR starrer posted incredible numbers on the date of its release. It grossed Rs 102.5+ Crore on Friday. Unlike other Telugu movies, RRR witnessed a minimal drop over the weekend.

The total gross collection of RRR after four days in AP/RG stands at Rs 230+ Crore. Here’s a break-down:

In Hindi belts, SS Rajamouli’s magnum opus has been on a glorious run since its release. It collected Rs 19 Crore on Friday followed by superb growth over the weekend. During the opening weekend, RRR collected Rs 74.5 Crore in Hindi belts.

As per early reports, RRR 4th day box office collection in Hindi belts is around Rs 16 Crore. It is well on its way to going past the Rs 100 Crore mark before the end of the first week.

Now, coming to the worldwide numbers, as mentioned above RRR grossed Rs 500 Crore in the first weekend itself. As per the early estimates, RRR is anticipated to collect around Rs 80 Cr gross on Day 4 (Monday). So, the worldwide gross collection of RRR would be around Rs 600 Crore after four days.