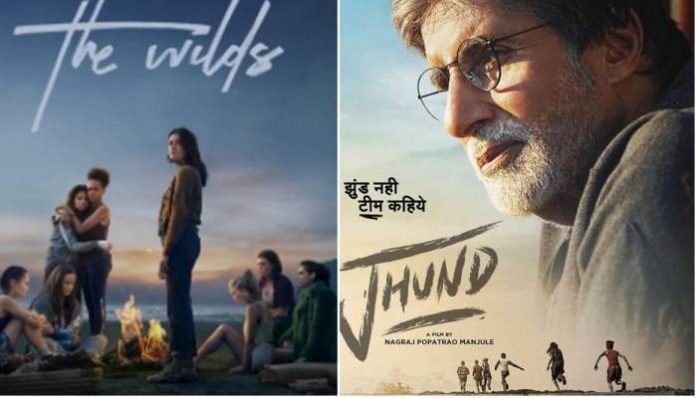 With severe heatwave gripping most parts of the country, it’s become difficult for people to go out. For entertainment lovers, it is a good time to sit back and enjoy new movies and web series from the comfort of their homes. So, we have compiled a list of five must-watch movies and shows releasing on OTT on May 5, 2022. Let’s have a look:

If you like to have a good family weekend then this one is for you. Home Shanti is a comedy-drama series that revolves around a middle-class family, who wants to build their own home. Directed by Aakanksha Dua, it stars big names like Supriya Pathak Kapur, Manoj Pahwa, Chakori Dwivedi, Poojan Chhabra, and Happy Ranajit.

The thrilling drama series follows a group of teenage girls who are left stranded on a deserted island after a plane crash. They don’t know that they are subjects of a social experiment until they are rescued by the same people that put them in the situation.

Anil Kapoor and his son Harsh Vardhan Kapoor starrer Thar is an Indian neo-Western thriller set in the 1980s. Directed by Raj Singh Chaudhary, the story follows n antique dealer who arrives in a desert village amid a series of violent murders.

Amitabh Bachchan’s social sports drama movie Jhund will debut on Zee5 on May 6. Big B stars as Vijay Borade, who is on the edge of retirement. How Bachchan rehabilitates the slum kids by keeping them off drugs and crime, channelizing their hidden talent, turning them into soccer players, and building a whole team.

The second season of an Israeli spy thriller series Tehran will premiere on May 6. The series follows a Mossad agent on her first mission in Iran’s capital, which also happens to be the place of her birth.

At the International Emmy Awards 2021, Tehran won the award for best drama series, becoming the first-ever Israeli series to win this award.

Let’s take a look at all series and movies releasing on the OTT platforms on May 6:

Series releasing on May 6

2. Stories on the Next Page on Disney+ Hotstar

Movies releasing on May 6

3. The Takedown on Netflix

Which of these movies and shows are you excited about? Share your views with us in the comments section.