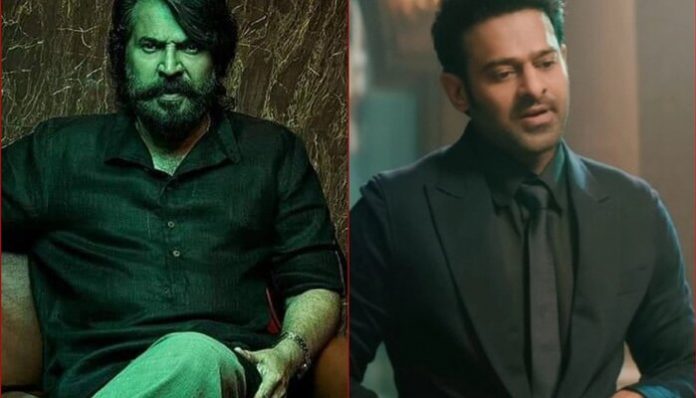 It’s the last day of March and the cinephiles are already excited about new movies and TV shows. We are going to see some of the most-awaited releases in theatres like KGF 2, Beast and Jersey. Besides these theatrical releases, April is going to be an exciting month for OTT fans as well. There is a plethora of interesting movies and shows releasing on OTT in April 2022. As we enter into April, here is a list of movies, web series, and TV shows releasing on the first day.

Superstar Prabhas’ most-awaited romantic saga Radhe Shyam debuted in theatres on March 11, 2022. However, the big-budget drama tanked at the box office. As a result, the makers have opted for an early digital release. Radhe Shyam will make its digital debut on Amazon Prime Video on April 1, 2022. It will be available in Hindi, Telugu, Tamil, Kannada and Malayalam.

Drive My Car on Mubi

Drive My Car is a 2021 Japanese drama-road film co-written and directed by Ryusuke Hamaguchi. It is mainly based on Haruki Murakami’s short story of the same name from his 2014 collection Men Without Women. The movie also draws inspiration from Murakami’s other stories.

The movie will release on Mubi in Japanese, Indonesian, English, Tagalog, Mandarin, German and Korean.

The Outlaws on Amazon Prime Video

The Outlaws is a comedy crime thriller series released last year in the UK on BBC. The six-episode miniseries is now making its debut on Amazon Prime Video. In The Outlaws, seven strangers from different walks of life are forced together to complete community service. It stars Stephen Merchant, Christopher Walken, Rhianne Barreto, and Darren Boyd in lead roles.

Slow Horses is a spy thriller series based on the novel of the same name by Mick Herron. The 6-episode season will premiere on Apple TV+ on April 1, 2022. The spy drama follows a dysfunctional team of M15 agents –and their obnoxious boss, notorious Jackson Lamb–as they navigate the espionage world’s smoke and mirrors to defend England from sinister forces.

Another big Malayali release will make its digital debut on Disney+ Hotstar. Bheeshma Parvam starring Mammootty in the lead role is a gangster drama action thriller. It debuted in cinemas on March 3, 2022, and went on to become of the biggest hits of Malayalam cinema. The movie has an exceptional 8.7/10 rating on IMDb.

So, which of these movies or shows are you excited about? Share your views with us in the comments section.