Never Have I Ever Season 4: Release Date, Cast, Plot & More! 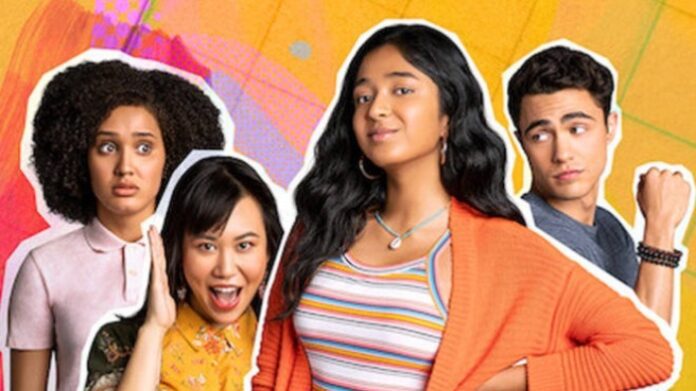 Never Have I Ever Season 4: The famous American coming-of-age comedy-drama starring Maitreyi Ramakrishnan is coming back with another season!

Never Have I Ever is a popular American coming-of-age comedy-drama television series created by Mindy Kaling and Lang Fisher. The story revolves around an Indian-American high school girl grappling with her father’s untimely death. It debuted on Netflix on April 27, 2020, to mostly positive reviews.

So, when will Never Have I Ever Season 4 be on Netflix? What the upcoming season has in store? Who is the cast? Well, to find out, keep reading.

Never Have I Ever Season 4 Release Date

Netflix confirmed in March that Never Have I Ever has been renewed for Season 4 and that the fourth season would be the series last season. The show’s team produced a teaser for the forthcoming season as part of Netflix’s global fan event TUDUM.

However, the release date for Never Have I Ever Season 4 has not yet been confirmed. Season 4 has officially ended filming. Therefore it can be expected anytime in 2023.

Never Have I Ever Season 4 Plot

At the end of Never Have I Ever season 3, something changed. Devi earned a place at a prestigious study school for her senior year, which would have increased her chances of getting into a prestigious university.

However, she decided to stay in Sherman Oaks to spend as much time as possible with her mother and friends before moving on to the next stage of her life.

That means she will be unable to escape Ben after their final encounter (and possibly had sex with after offering him “one free boink” following the news that both Eleanor and Fabiola had lost their respective Vs).

However, we can only wait to find out what the upcoming season has in store for us.

Never Have I Ever Season 4 Cast

The entire cast from the previous season will return for the upcoming season. However, there will be some fresh faces to see. Here’s a look at the star cast:

Anirudh Pisharody, who played Devi’s new boyfriend, Des, in season 3, has stated that he will not appear in the last chapter. However, a new face, Michael Cimino, will take his place as the season’s new heartthrob.

The Never Have I Ever team released a teaser video for the upcoming season as part of Netflix’s global fan event TUDUM, hinting at a potential wedding in a future run and introducing some new characters to the cast.

As Senior Year gets exciting with a new boy attending school, Ramakrishnan suggests how her character Devi would have her work cut out for her in the video.

Check out the teaser below:

Hope you’ve already finished Never Have I Ever Season 3 because the stars are here to give you a little tease of what to expect from Season 4 — including Sherman Oaks High’s newest heartthrob, played by @_michaelcimino_ #TUDUM pic.twitter.com/2mEyxYOol3

Never have I ever is exclusively available on Netflix. However, all prior seasons are available on Hotstar, Voot, and Jio Cinema.