Nik Thakkar, most notably known as NEO 10Y, is a diverse and insightful visual artist, musician and fashion designer.

The London-born non-binary creative is a highly spiritual character who is reimaging the artistic landscape.

NEO 10Y’s aura is extremely intriguing and has caught the attention of many fans and companies worldwide.

Through hyper-reality visuals, self-discovery and high-concept imagery, NEO’s mission is to understand the bigger picture of our existence.

The extremely conscious individual is entirely focused on deconstructing definitions of identity and freedom within the world.

However, they do this throughout their artistic catalogue.

Working with the likes of Tom Ford and creating non-binary lines with Ana Zanditon, NEO’s recognition comes as no surprise.

However, it is their musical repertoire that has been sending shockwaves through the industry since 2016.

Classically trained in piano and vocals, their songs are a blend of conscious lyricism, Desi instrumentation and intense RnB.

However, the added hits of thought-provoking narratives and cinematic production make their catalogue an immersive experience.

Although NEO 10Y’s musical prowess is innovative and energetic, they still call upon their Desi roots to heighten the philosophies of love and curiosity.

Hindi vocals, vibrant Bollywood undertones, the tabla and sitar all make their way into NEO’s catalogue.

They impressively seam the cultural Indian sounds with grunge-pop and rock to create an entirely distinct sound.

With such a profound and unapologetic vision, NEO 10Y has a magnetic energy that takes pride in advocacy for a utopian future.

Not to mention their invaluable contribution to breaking down the barriers relating to non-binary identities, especially as a British Asian.

DESIblitz caught up with the complex individual to talk about their inspirations, musical concepts and the importance of heritage.

Can you tell us a bit about yourself and what makes your sound so unique? 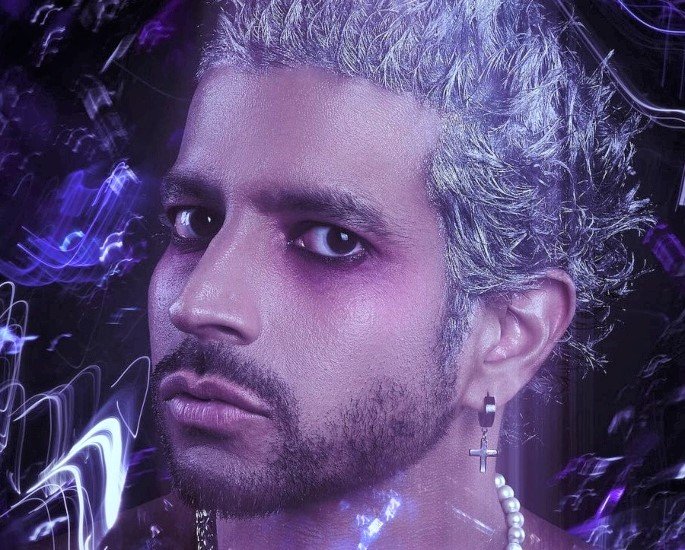 Of course! I am NEO 10Y, I am from London with Indian (Gujarati) ancestry.

Music has been with me since a really young age when I used to sing and perform at classical piano recitals.

But it has only been since 2016 that I have been releasing songs, concepts, videos and live projects as NEO 10Y.

I think that what makes me unique is my message, my soundscape fusing ancient-futurism and my creative aesthetic.

That said, I do believe that everyone is truly unique and can find their own identity.

Mine just happens to be a more amped up Goddex energy in this reality and I am at peace with that.

Which artists or songs have inspired your creativity?

I have stanned artists since a really early age and subconsciously studied what it is to be an icon.

But I am also a Leo rising, so being a baddie comes naturally to me.

I love iconic Bollywood songs, my favourites are ‘Kehna Hi Kya’ from Bombay (2009) and ‘Bholi Si Surat’ from Dil To Pagal Hai (1997) to name a couple.

I curate a playlist on Apple Music called ‘HUMXN+’ where I feature emerging talent and icons in the space.

“On Spotify, I have a genre-bending playlist that has a lot of my influences, there are over 400 songs there!”

I am a bit of a music nerd, so it’s like I am influenced by everyone and no one.

The reason that I am NEO 10Y is ’cause there was nobody like me and still isn’t in the mainstream, so I am here to change that!

What inspired you to use the stage name NEO 10Y? 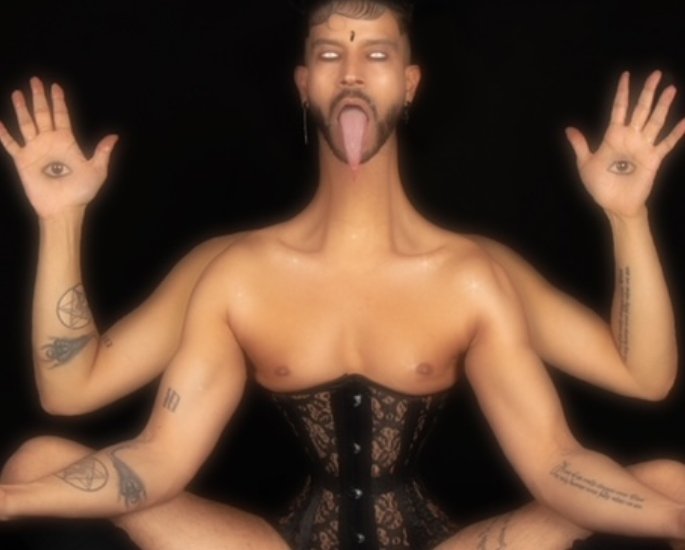 NEO 10Y comes from the word neoteny, which means the retention of childhood characteristics in the adult. Both spiritually and physically.

The essence of it leads with ‘LOVE’ energy and connecting with our inner child.

‘NEO’ is an anagram for ONE/oneness. The ‘1’ and ‘0’ is complete binary code meaning togetherness.

My name in Sanskrit is Nikhil, which also means complete/oneness.

The ‘Y’ is for curiosity energy, which leads to love and sonically the ‘NT’ parallels Nik Thakkar, hence NEO 10Y.

Is it significant for you to fuse your Indian heritage within your music?

Yes! I have expanded into my ancestral connection and I love sitar and tabla in my songs.

These are especially seen in ‘(God Is) The Camera’ and ‘ILY’, where I also rap in Hindi.

“I love being Desi and have this deep-rooted and natural connection to the source.”

My message of oneness and non-violence is the same as ancient Vedic Eastern principles but I guess we worked it out in different ways.

This is the power of the universe.

Which tracks symbolise your roots the most and in what ways? 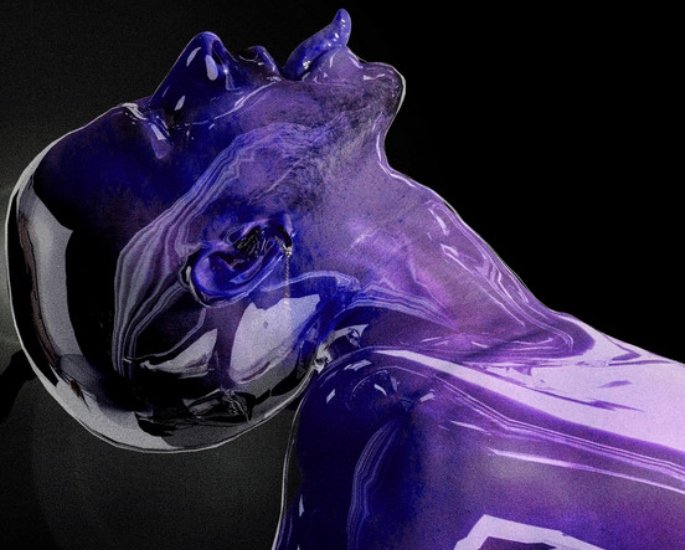 I think that from a message perspective of non-violence, ‘Shortcut To World Peace’.

Sonically and the message of LOVE, ‘ILY’.

The most sitar is on ‘(God Is) The Camera’, played by the brilliant Tommy Khosla and fused with SBO9 on the future bass-high synth.

‘Stan Yourself’ from a self-realisation perspective and ‘Y’ from a curiosity perspective.

But all of these songs have very clear Indian vocal stylings, which is how the universe flows out of me.

What’s the importance of your hyper-reality music videos?

I have been making videos forever.

Starting NEO 10Y – essentially a pop star project, there was no doubt that video was going to be integral to my creative output.

“I love making music videos and have edited more than half of them myself!”

The new single, ‘Vapid Prophecy’ has a very personal video attached to it!

My message is to bring awareness to love energy so that we can manifest a ‘protopian’ dimension of peace on Earth.

As a non-binary British Asian, what misconceptions have you experienced? 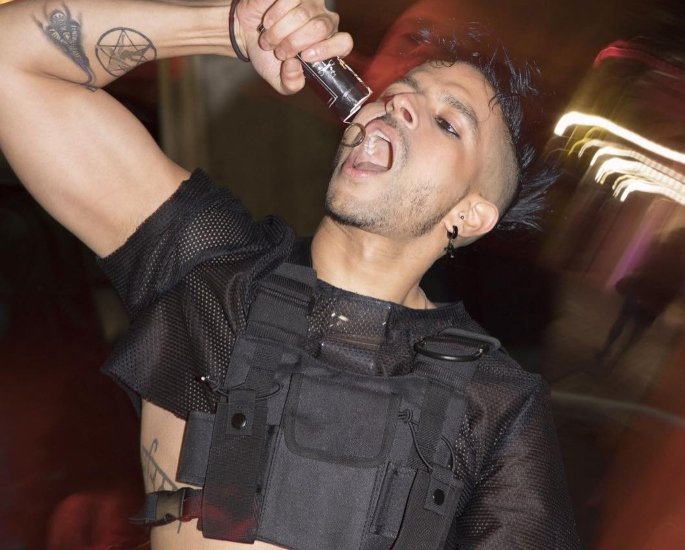 I think that model minority is a misconception.

I think that we have some very violent representations of British Asians in the UK, and not all of us are like that at all.

So, I am definitely here for a revolution.

Being non-binary is simply being at one with the universe. It helps to deconstruct gender and sexuality so that people can be safer being their authentic selves.

It is also more true to ancient philosophies of peace.

Are there artists similar to you who are struggling to break through?

Yeah, I think it is harder for us in a lot of ways, but there are also some great South Asian artists making great songs.

But I am trying to break some of these barriers.

“I am trying to break the connection between the mainstream physical world with the astral realm.”

But I also am extremely set on bringing this message of love to a massive and unprecedented audience.

I think that a global, universally conscious, Desi pop Goddex is what society needs and I am already doing the job.

With such a unique perspective on the world, there is no doubt that NEO 10Y’s music is a welcomed shift within the industry.

Highly involved in all aspects of creativity, art and fashion, it is undeniable that these industries require more ‘uncommon’ perspectives.

When asked what would be the ideal world to live in, NEO’s response was:

“One with peace and love at the forefront of everything.”

Therefore, NEO 10Y’s tracks are symbolic of this exact thought. They want their songs to culminate in true expression and for the listeners to become who they want to be.

This is evident in their 2022 track, ‘Vapid Prophecy’, which is dubbed “the soundtrack to spiritual revolution”.

The multi-dimensional and action-packed song is unsurprisingly evident of introspecting and refreshing sounds.

So, fans and musicians are eagerly anticipating seeing how NEO 10Y progresses within the musical landscape.