The magazine celebrated the occasion with a special ‘Fabulous At Every Age’ theme which Madhuri encompassed.

The 54-year-old is the leading actor of the 2022 Netflix hit The Fame Game.

And for Harper’s Bazaar India, she looked breathtaking in several classy looks. 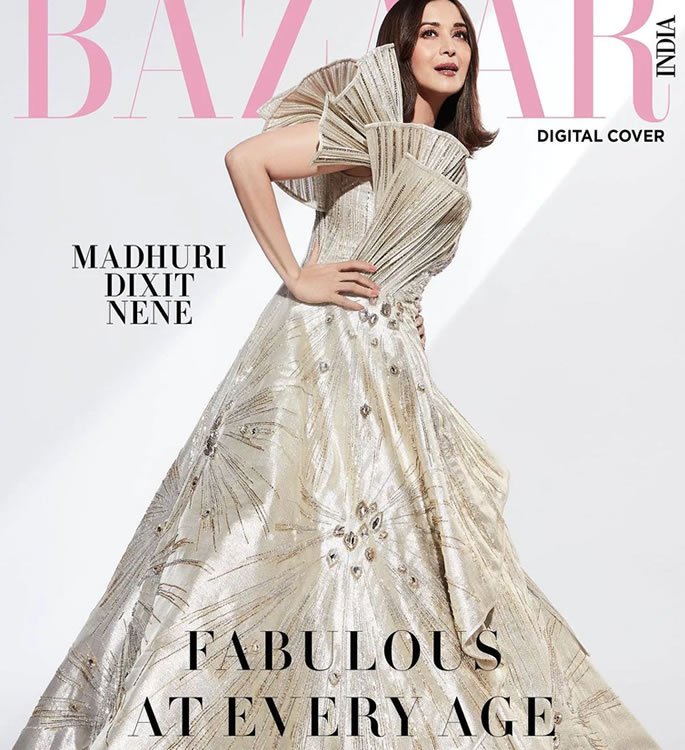 The superstar was also interviewed in the March 2022 issue, speaking on inspiring women, self-confidence and her hopes for a better tomorrow, stating:

“We need to recognise that women at different stages in their lives play different roles.

“Today, women are not just homemakers; they are breaking the glass ceiling, making a name for themselves, and getting lauded for that.

“And that’s great for each one of us because they’re inspiring us to achieve more.”

In dedication to the Harper’s Bazaar India’s anniversary, the cover was graced by Madhuri Dixit Nene in a glamorous black dress.

In another ensemble, she donned a metallic striper gown with Jimmy Choo shoes and a plethora of accessories including an emerald and ruby ring.

The famous starlet fused the dress with statement Zambian emerald and diamond danglers which looked exquisite against her glowy makeup.

Madhuri really encompassed the ‘Fabulous At Every Age’ theme as she stunned readers with her astonishing outfits.

Although fashionistas would take massive inspiration from Madhuri’s looks, her cover feature was much more than just fashion.

Explaining her stance on work ethic to the leading fashion magazine, Madhuri revealed:

“I grew up with one brother and three sisters, but my parents never put forth the idea that only men can achieve success.

“My dad was very supportive of all of us, with whatever we wanted to pursue.”

“He used to say, ‘go out in the world and achieve what you want to. But you have to work hard because it’s 2 per cent genius and 98 per cent hard work’.

“And these are the very values I have instilled in my kids. I always tell them not to expect everything to be easy just because they are my kids.” 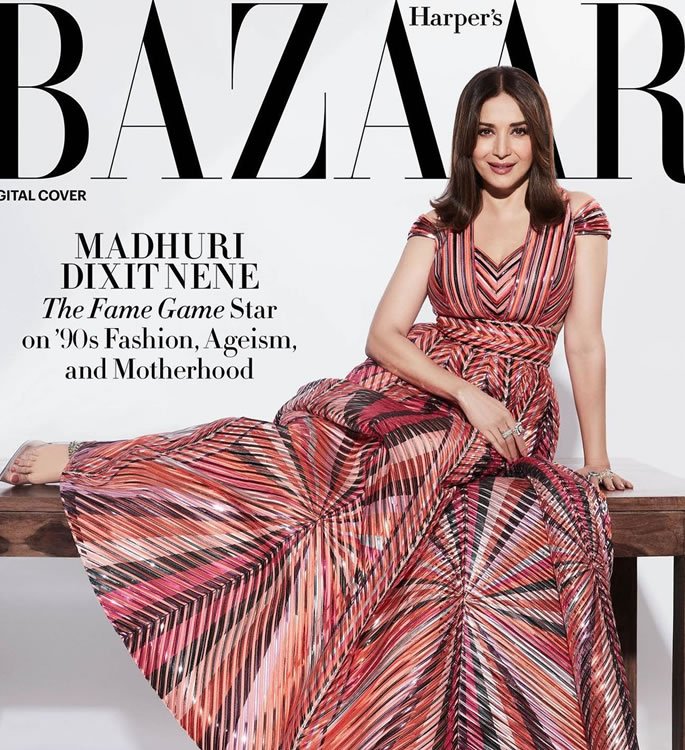 As Madhuri Dixit Nene basks in the glory of her Netflix show, her youthful looks solidify why she is a catalyst of syle.