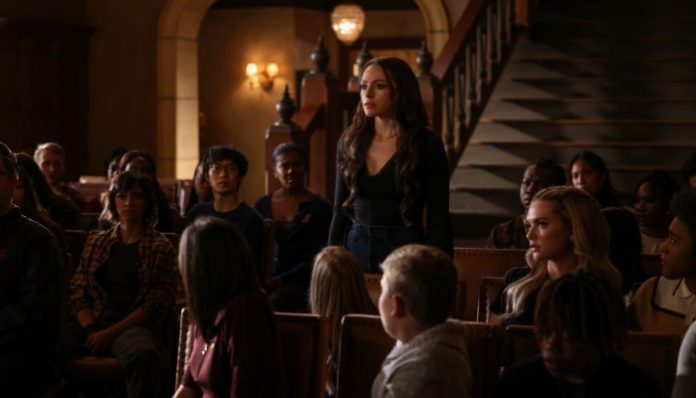 The next episode titled “Just Don’t Be A Stranger, Okay?”, will air on Thursday, June 16, 2022, at 9/8c on The CW. The fourth and final season of Legacies premiered on The CW on October 14, 2021. Now, the finale will release on Thursday, making the end of the Vampire Diaries franchise.

There are a total of 20 episodes in the fourth season and the finale is scheduled to air on June 16, 2022. So, the next episode will be the third last episode of the season as well as the series. Legacies Season 4 Netflix release date has also been confirmed.

What to expect from Legacies Season 4 Finale?

Episode 20 (Finale) of Legacies Season 4, titled “Just Don’t Be A Stranger, Okay?” is written by Julie Plec & Brett Matthews and directed by Michael A. Allowitz. The official synopsis reads:

“Hope (Danielle Rose Russell) presents a challenge to Ken (guest star Luke Mitchell), which he has to accept. Cleo (Omono Okojie) is set on revenge. The Super Squad prepares for the battle of their lives. Meanwhile, Landon (Aria Shaghasemi) has some unexpected visitors.”

One of the big updates about the season’s finale is that Hope’s father Klaus Mikaelson who is portrayed by actor Joseph Morgan will be back. As per a TVLine.com report, Joseph recently announced on his Instagram account that Klaus will indeed appear in the finale episode.

‘Legacies’ is The CW exclusive show in the United States. Legacies Season 4 episodes usually air on Thursday nights at 9:00 p.m. ET. If you want to watch Legacies Season 4 finale, you can tune in to The CW network at the date and time mentioned above. You can also watch the new episodes the next day on The CW’s official website or mobile app by logging in through your existing cable credentials.

Legacies Season 4 landed on Netflix US on Jun 3, 2022. The finale will be added soon to the network.

The CW announced on Thursday, May 12, 2022, that Legacies was canceled and would not be returning for a fifth season. In addition to Legacies, several The CW shows, Dynasty, Charmed, In the Dark, Roswell, New Mexico, Batwoman, and Legends of Tomorrow were also axed.

Well, the cancellation led to a huge revival campaign. The fans are still hoping that Netflix will revive the show after the fourth season.