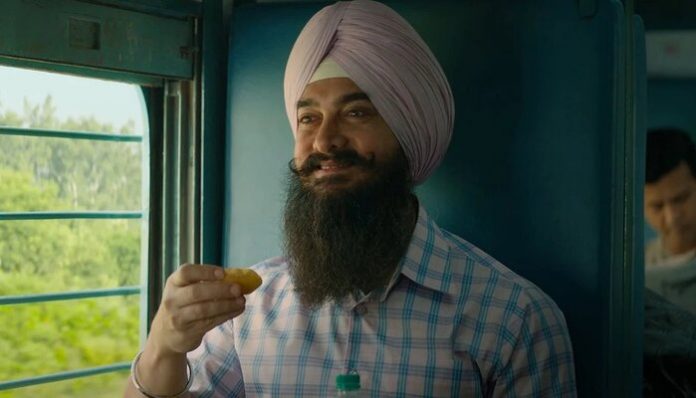 Laal Singh Chaddha preview: The advance bookings for the Aamir Khan starrer are way below expectations. The movie heavily relies on counter bookings.

Directed by Advait Chandan, Laal Singh Chaddha was certified U/A by the Central Board of Film Certification (CBFC) with a runtime of 2 Hours 44 Minutes 50 Seconds (164 minutes 50 seconds).

At the box office, Laal Singh Chaddha is clashing with Akshay Kumar’s Raksha Bandhan. Since two big stars are locking horns, there is an equal distribution of screens. Aamir Khan’s film has reserved more screens in national multiplex chains like PVR and Cinepolis.

It is releasing on around 3500 screens in India (including Tamil and Telugu). Laal Singh Chaddha will get around 10000 shows per day in the Hindi language.

Now, coming to the advance booking, the reports are under-whelming so far. The advance booking opened on Friday and the response is poor, to say the least. With just one day left for the release, Laal Singh Chaddha has sold around 65,000 tickets across India for the opening day which indicates that the movie has done a business of around Rs 3.5 Crore in advance for the opening day.

So, in national multiplex chains, Aamir Khan starrer is struggling as the advances for the opening day are below Bhool Bhulaiyaa 2, Jugg Jug Jeeyo, and disasters like Shamshera and Samrat Prithviraj.

National multiplex chains such as PVR, INOX, and Cinepolis have together sold over 1 lakh tickets which indicates that Aamir Khan starrer has already done a business of over Rs 13 Crore in advance. Here’s comparing Laal Singh Chaddha’s advance booking numbers (opening) with some recent Hindi releases:

The advance bookings for the Aamir Khan starrer are way below expectations. The movie is also being released in Tamil and Telugu. Despite Aamir’s best efforts, promoting the movie through Tollywood stars like SS Rajamouli, Chiranjeevi, and Nagarjuna, Laal Singh Chaddha failed miserably to catch the attention of the Telugu audience. The advance booking numbers in Telugu and Tamil states are pathetic. The combined ticket sales for the Telugu and Tamil versions are less than 3000.

The box office fate of Laal Singh Chaddha heavily depends on the word of mouth of the audience. The movie has been on target on social media. #BotcottLaalSinghChaddha has been trending for almost a week. It remains to be seen how this negatively affects the box office numbers. A good movie will certainly surpass these notorious social media trends.

Laal Singh Chaddha is made on a huge budget of more than Rs 200 Crore. The early reviews from the press shows are good, but the real result will be out on Aug 11 when the real audience watches the movie.

Laal Singh Chaddha is an official Hindi remake of the 1994 American movie Forrest Gump which itself is based on Winston Groom’s 1986 novel of the same name. Directed by Advait Chandan, it stars Aamir Khan as the title character alongside Kareena Kapoor, Naga Chaitanya (in his Bollywood debut), and Mona Singh.