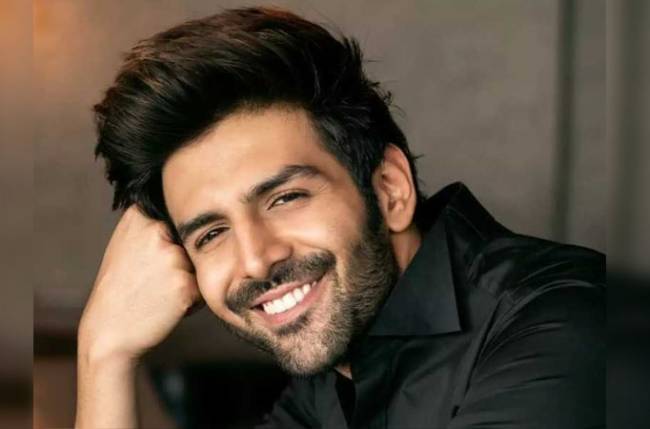 Formerly known as Kartik Tiwari, Bollywood actor Kartik Aaryan has definitely made a special mark in the Bollywood industry. Born to doctor parents in Gwalior, Madhya Pradesh, the 29-year-old Kartik Aaryan made his Bollywood debut with director Luv Ranjan’s ‘Pyaar Ka Punchnama’ in 2011. The self-made actor turned out as quite impressive in his debut film with actress Nushrat Barucha who played his love interest.

Kartik Aaryan moved to Mumbai to pursue an engineering degree but his fate eventually led him to the doors of the Bollywood industry. He joined D Y Patil College of Engineering and eventually started taking up modelling assignments that gave a jump start to his career in Bollywood. Kartik had a series of flops with Aakash Vaani (2013) and Kaanchi: The Unbreakable (2014) after his smashing debut.

But the star resurfaced as the true sensation with the much-anticipated sequel of Luv Ranjan’s Pyaar Ka Punchnama. Kartik smashed Box Office numbers with Pyaar Ka Punchnama 2 (2015) and later Sonu Ke Titu Ki Sweety (2017), both with Nushrat Barucha starring opposite him. This began a string of super hit films for the ultimate chocolate boy. Kartik delivered successful films like Lukka Chhupi (2019) with Kriti Sanon and Pati, Patni Aur Woh (2019) with Bhumi Pednekar and Ananya Pandey.

Even though Kartik Aaryan has delivered some memorable films like the Pyaar Ka Punchnama series, none of his films has crossed the big 100-crore mark except for Sonu Ke Titu Ki Sweety. Directed by Luv Ranjan, the film went on to collect Rs 108.95 crore at the Box Office. It is Kartik Aaryan’s highest-grossing movie followed by Luka Chuppi (Rs 94.45 crore) and Pati Patni Aur Woh (Rs 86+ crore).

With a career spanning over 10 years, Kartik has successfully proven his bankability with three super hit films in a row. The tables turned around for Kartik with Pyaar Ka Punchnama 2 in 2015 as the film collected Rs 64.1 crores at the Indian box office. Prior to Pyaar Ka Punchnama 2, Kartik had been a part of Aakash Vaani and Kaanchi, but both failed miserably. With three of his last releases, Kartik has established himself as the star of romantic comedy movies in which he plays the chocolaty boy with a funny bone.

So far, Kartik Aaryan has had 3 super hits, 2 hits and 4 box office failures to his name.

Kartik has some really interesting movies lined up for release. His next Bhool Bhulaiyaa 2, a sequel to the 2007 super hit horror-comedy is releasing on May 20. Then he will be seen next in Shehzada, a remake of the Telugu movie Ala Vaikunthapurramuloo. Both these movies have the potential to emerge as huge hits at the box office.