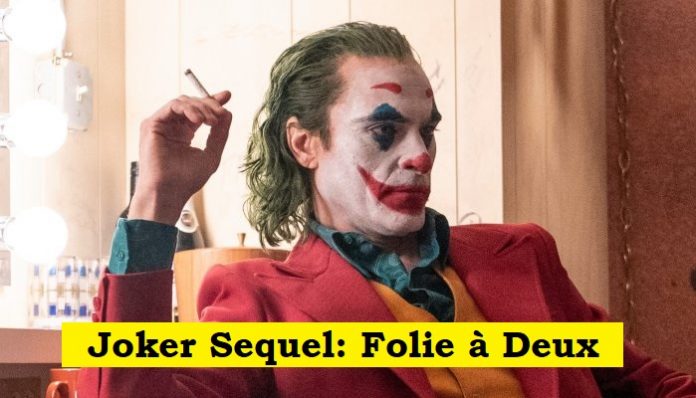 A Joker sequel is officially in the works. Director Todd Phillips has revealed the title for the sequel. It will be called Joker: Folie à Deux. Phillips, who directed and co-wrote the first movie Joker has teamed up again with co-writer Scott Silver for the sequel. Phillips shared the red script cover on his Instagram page. In the second pic, Phoenix shared, he can be seen reading the script while smoking.

Though there is no update on the script details, Folie à Deux is defined as a delusion or mental illness shared by two people in close association. Well, the title looks apt considering that Joker is known for having psychologically dependent relationships with characters like Batman and Harley Quinn.

Set in 1981, Joker served as an origin story of Arthur Fleck, a failed and lonely clown and aspiring stand-up comedian in the Gotham city whose descent into insanity inspires a violent counter-cultural revolution.

The movie was heavily inspired by Martin Scorsese’s movies like Taxi Driver and The King of Comedy. Scorsese was initially attached to the project as a producer for Joker.

There were no plans for a sequel originally. However, after the massive success of the first movie, Warner Bros. signed Phillips to write a sequel. Phillips said he needed time to think of ideas for another chapter. He earlier said he would not return for a sequel unless he could find “some thematic resonance” like in the first movie.

Even Joaquin Phoenix who played Joker wasn’t assured of a sequel. However, he previously said that there were more stories that could be explored.

Joker had its world premiere at the 76th Venice International Film Festival on August 31, 2019, where it won the Golden Lion. It was released in the United States on October 4, 2019. Despite several critics and viewers raising questions about its dark tone, Joker was a massive box office success. It grossed over $1 billion, the first R-rated film to do so, and became the sixth-highest-grossing film of 2019.