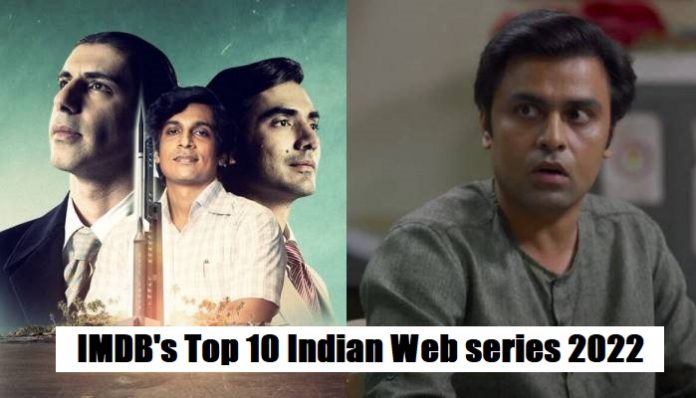 IMDB has released the list of the top 10 Indian films and web series of this year. The list includes names such as Campus Diaries, Panchayat, Rocket Boys,  and much more.

A surprising name is at the top of the list. MX Player’s original series Campus Diaries tops the list with an IMDB rating of 9. Everyone’s favorite Panchayat is in the second position with an IMDb rating of 8.9.  This is the list of ‘Most Popular Indian Web Series of 2022 (So Far)’ based on the users’ IMDb rating of the show.

Campus Diaries is a coming-of-age drama of six students at Excel University. The show deals with the troubles of college students as they make their way through love, friendships, life, and college.

Like the first season, the second season of Prime Video’s village drama Panchayat is full of laughter and moments that will remain in your heart for a long time.

Streaming on: Voot and ALT Balaji

The second season of ALT Balaji’s popular crime thriller series Apharan sees Rudra Srivastava (Arunoday Singh) on a new mission to catch a criminal, and once again his personal life is in a truss.

The series aims to expose the nexus between pharmaceutical companies, large private hospitals, and government officials who exploit the poor in human trials for new drugs.

Set in present times, the crime thriller show focuses on the different journeys of six people, as they compete to win fame, and fortune on a social media app called Escaype Live which promises big money to the winning contestant.

Based on the book Six Suspects by Vikas Swarup, the thriller drama series revolves around six suspects in the murder of Vicky Rai, a politician’s son, who has been recently acquitted of killing a bartender in New Delhi.

Starring Sakshi Tanwar in the lead role, the Netflix series follows a woman who goes to any length to get to her daughter’s murderer.

The show starring Madhuri Dixit follows the story of a famous actress who goes missing, and the investigation unwraps the dark secrets of her life that have been hidden from the public eye.

I am surprised to see that Gullak and Cubicles are not part of this list. You can check our list of the 11 best Hindi web series of 2022.