‘I’m A Fan’: A Review of Sheena Patel’s Debut Novel

“This is whiteness. It is everywhere”

Sheena Patel is a British writer and assistant director for film and TV. She is now taking over the literary scene with the publication of her debut book, I’m A Fan.

Sheena was born and raised in North West London. Her mother is from Mauritius and her father is Kenyan Indian.

She is part of the 4 Brown Girls Who Write collective and has a poetry collection of the same name.

I’m A Fan is narrated by an unnamed 30-year-old art freelancer living in South London, who has aspirations of becoming a writer.

The narrator gives a non-linear account of her experience of an unfaithful relationship she is embroiled in.

The behaviour of all parties involved, including her own, is subject to a brutally honest forensic examination.

The narrator uses this relationship as a prism through which to explore issues such as race, gender, patriarchy, social access, and social media,

I’m A Fan is made up of short, sharp chapters giving the story momentum.

The reader has the sensation of being propelled forward into the different layers of deception that surround and entangle the narrator. 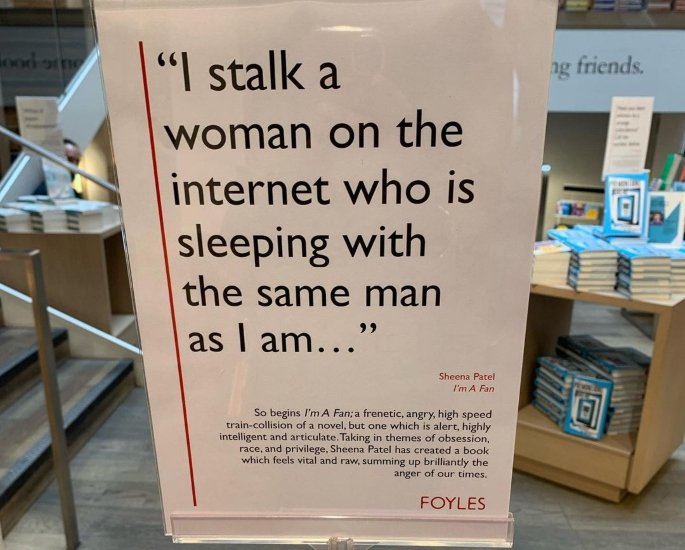 The narrator begins her story by telling the reader that she stalks “a woman on the internet who is sleeping with the same man as I am”.

Sometimes, when the narrator is too quick to look at her social media stories, she blocks the woman temporarily.

This is so she doesn’t know the narrator is refreshing her page fifteen times a minute.

In the opening lines of I’m A Fan, we are introduced to the two people the narrator is fanatically obsessed with.

The first is the woman she stalks online, who is only ever known as “the woman I am obsessed with”.

This woman is a white, rich, well-connected American influencer, who was born into a privileged life.

A life that is out of the reach of the masses, including the brown-skinned, second-generation immigrant narrator who thinks “Vienetta really is the epitome of luxury”.

The man they are both sleeping with is only ever referred to as “the man I want to be with”. He is a married, older, rich, extremely successful artist and serial cheater.

He began to cheat on his wife three years into their marriage and has not stopped for the past 20 years.

The narrator’s affair with the man she wants to be with began with her sending him a fan letter. This leads to a tangled relationship that spans several years.

The toxicity of the affair is aptly captured in the chapter heading – “dick from someone who doesn’t care if you live or die”.

The narrator describes this man as a “void and there is no way to fill him”.

Despite the narrator’s devotion to this man, he keeps her at arm’s length. He does not hide the fact that he will not leave his wife.

He continually reminds the narrator of the multiple affairs he is having with other women, including the woman she is obsessed with.

The reader may wonder why the narrator entered into this affair, filled with ill-treatment and rejection, which is documented in great detail throughout I’m A Fan.

The reader’s question is answered by the chapter heading “first of all I didn’t miss the red flags I looked at them and thought yeah that’s sexy”.

The narrator is aware that she is in a harem, “a supply of crazed female attention he likes to disturb when he’s bored”.

Despite the narrator’s understanding of the bleak reality of her relationship, she at the same time pretends that the man she wants to be with desperately wants her.

If she believes this lie, then her “chasing has a purpose”.

The futility of the relationship is made clear by the narrator’s hope that if the man she wants to be with stopped “being exactly who he is, we could be happy”. 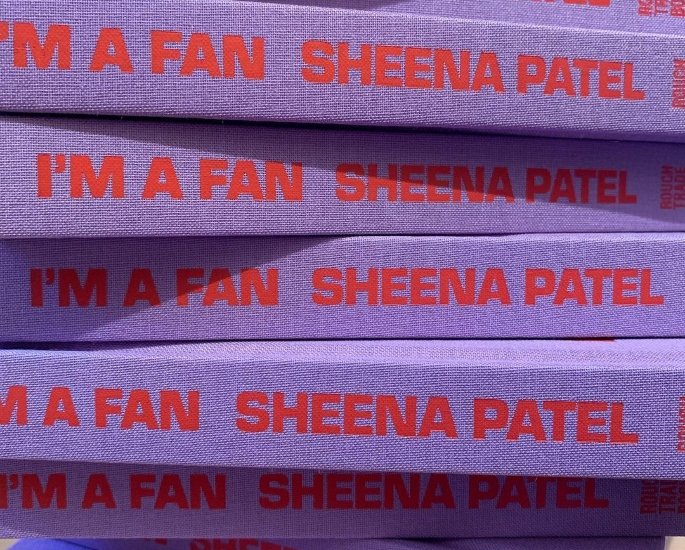 The narrator’s pain is sharply felt, through every interaction she has with the man she wants to be with.

However, this does not prevent the narrator from inflicting the same type of pain on her long-term boyfriend.

The boyfriend acts as the narrator’s fan base.

The boyfriend is “totally invested in everything that happens” to the narrator and tells her she can do anything.

Yet the narrator takes every opportunity to belittle him in front of their friends.

The more care and love he plunges into her only serves to make the narrator “hate him even more”.

The parallels between her two relationships are clear to the narrator, as she tells the reader:

“The man I want to be with and his wife become a warning sign for the kind of life I could be in for.”

The narrator of I’m A Fan is not always likeable. She is both a victim and a perpetrator of pain.

Moreover, the narrator uses her affair to expose the lie that society told her:

“That anything a man can do, I can do, but it turns out it is not true. Our experience of time is markedly different.”

The man she wants to be with can say to her that he needs more time to decide which way his life should go.

He can still say he might want children at an age where for women this would be impossible. The narrator explains:

“Men’s time is believed to be limitless.

“There is no shelf for the man I want to be with like there is for me, there is no cliff face, he can be forever pursuing.”

This man commits many hurtful acts throughout I’m A Fan.

But, the narrator believes the most heinous crime he commits is that he wastes women’s time.

Throughout I’m A Fan, the narrator uses the internet to stalk the woman she is obsessed with. However, Instagram plays a particularly important role.

She uses this platform as you would a microscope, to identify and examine every element of this woman’s life.

The intensity of this one-sided relationship is made clear by the narrator when she says:

“I know what their shit looks like by virtue of their documenting every fucking morsel of what is put into their bodies, but they don’t know my name.”

Through scrutinising this woman’s perfected and privileged online life, the narrator questions the purpose and value of such social media platforms and the role race plays.

When the narrator first looks at this woman’s profile and sees the blue tick, her hands shake.

The narrator believes this woman was:

These unearned benefits have led this woman to an aspirational life, in which she:

The narrator asks the reader to consider whether people like this wealthy woman, are simply another iteration of a “class elite” deciding what is good and what is not good.

The narrator shares her thoughts, saying the class are:

“Shaping our reality, the way they always have, just better disguised by technology which has the optics of transparency and democracy.”

The narrator believes that these platforms funnel human imaginations along the narrow lanes of the algorithm.

She explores the use and participation on such platforms by people like her, second-generation immigrants, stating:

“For an algorithm not built by us, for a platform not designed for us, to attract a cultural system which excludes us, do we commit further harm by performing our otherness.”

The woman she is obsessed with likes to classify art, plants, and art history for her fans. She has an opinion on everything.

The narrator wonders why she inserts herself into narratives as if she needs to be there to make sense of it for her fans.

This interjection leads “the Othered image or object or person to be processed through her eyes, her brain”.

She uses her fingers to transform it into a caption on Instagram, which then increases its value.

In this way, she signals her approval, which then leads other white people to pay attention to it:

“This is whiteness. It is everywhere, pervasive in its assumption that it needs to be there to sanitise, to give order by creating a hierarchy.”

I’m A Fan ends with the narrator imagining her next encounter with the man she wants to be with.

There is no happy ending, no resolution. Despite the narrator’s ability to critique toxic relationships and structures, she cannot free herself from them.