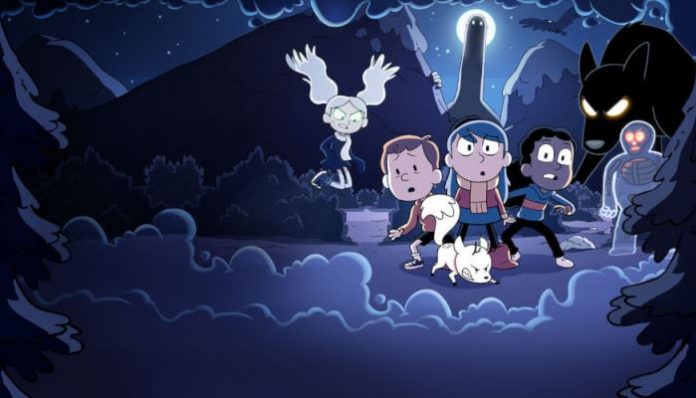 Hilda Season 3: The third and final season of the animation series is coming soon on Netflix. Here’s everything you need to know.

Created by Luke Pearson, Hilda is a Netflix animation series for kids based on the same-name graphic novel. It revolves around the adventurous 11-year-old blue-haired girl named Hilda. She moves to the city of Trolberg along with her deer fox, Twig, and discovers the most dangerous monsters ever.

The series was initially a miniseries but looking at the great response from the audience and critical appraisal, the makers announced a second season. After the second season, the movie Hilda and the Mountain King was released on New Year’s Eve 2021. It was supposed to be the final entry in the series. But the makers have decided to end the Hilda journey with a new season. The fans are now even excited to see more of Hilda. So, here’s everything you need to know about the third and final season of Hilda.

When was Hilda renewed for the third season?

On November 19, 2021, Silvergate Media announced that the show has been renewed for a third and final season. The news of the third season was officially announced in Animation Magazine back in February 2022 as part of their issue 317. In response to a fan’s tweet, the creator Pearson replied that Hilda will be visibly slightly older in the new season. This came as a response to a letter that a fan posted on Twitter about how the show is moving the story forward.

@thatlukeperson hello. this is a letter for the creator of Hilda. pic.twitter.com/jpYsiFLRg0

What will be the plot of Hilda Season 3?

The creator of the show and the writer of the graphic novel, Luke Pearson himself confirmed some relevant details about the next season:

“Season three will move on from the events of the movie and venture into some new territory. Although there will be some detours, it’s a more focused, ongoing story than we’ve told previously, which is exciting. It will sadly be the final season, but I’m excited for people to see what we’ve got in store — especially since we’re beyond the books, so it’s all a surprise. I’d say it’s less about checking in on what we’ve seen before, and more about exploring aspects of Hilda’s world that have gone unspoken until now.”

What is Hilda’s Season 3 release date on Netflix?

The streaming giant hasn’t set the release date yet. The first season debuted in Sep 2018 followed by the second season in Dec 2020. So, we can make a wild prediction that Hilda Season 3 would be out in fall 2022. In any case, we will keep you posted.

However, we do know that the third season also has 13 episodes like the first and the second season. Emerald Wright-Collie will serve as a series producer while Monique Simmon was promoted to associate producer on the series.

What do we know about the cast of the third season?

Well, all the voice-over artists will return for the third season. Bella Ramsey will return as Hilda. Here’s a look at the cast (characters and their voice artists):

You can watch the first two seasons of Hilda and the movie Hilda The Mountain King on Netflix.