It is cut in a sculpted silhouette.

The makers of her upcoming film hosted a special screening in Mumbai on February 4, 2022, and Deepika made a stunning appearance alongside Ananya Panday.

Deepika Padukone’s stylist, Shaleena Nathani, took to Instagram to share pictures of her look in the dress.

The beige and black outfit is by David Koma, a favourite of Deepika during Gehraiyaan promotions.

The dress is called Geometric Flocked Tulle Polo Midi and is available on the David Koma website.

Coming to the details of the midi-length ensemble, the beige and black flocked tulle dress features a deep-V polo neckline with a mesh border, sharp black lapels and half sleeves.

It is cut in a sculpted silhouette that accentuated Deepika’s slender figure.

Deepika wore the ensemble with minimal accessories, drawing attention to her minimalistic yet glamorous ensemble. 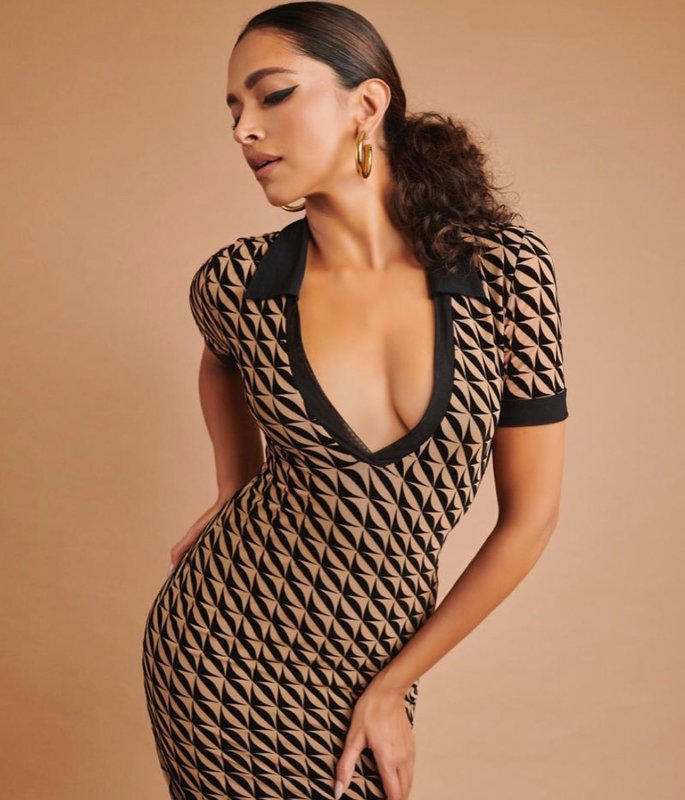 She chose half hoop statement gold earrings and black stilettos from Christian Louboutin.

Deepika Padukone wore her hair in a sleeked back low ponytail with teased curly ends.

For makeup, she wore mascara, a nude lip shade and a highlighter.

In one look, Deepika wore a black and white geometric print blazer-mini dress and in the other, she wore a ribbed maxi with risqué cut-outs. 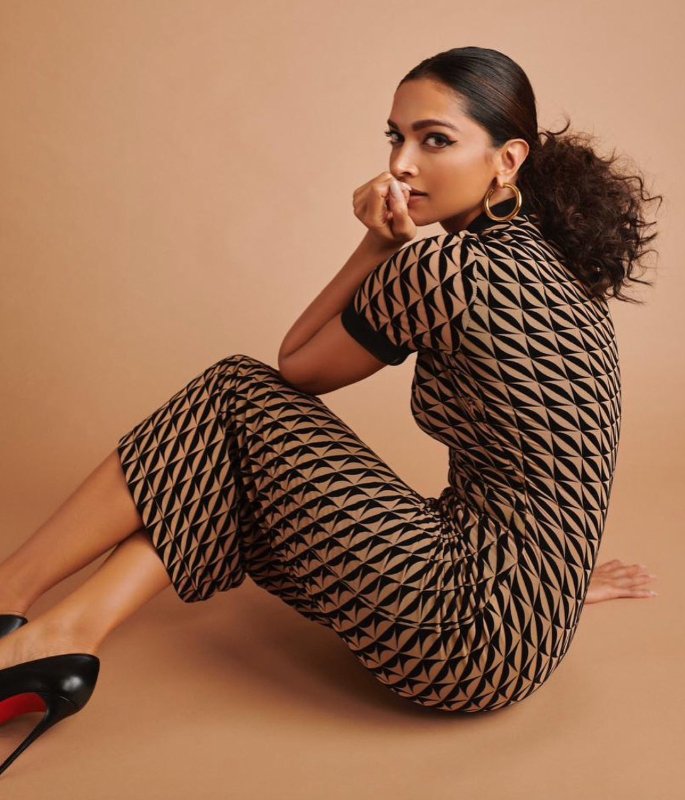 Meanwhile, Gehraiyaan will release on Amazon Prime on February 11, 2022.

Deepika and Siddhant’s intimate scenes have been the talking point of the film.

Sharing his views, the director said:

“We were treating intimacy like a story and we want to see it as a character.

“So, the prep and the detailing was required. We needed to have an intimacy director.

“And Dar Gai has contributed a lot to the film. It is important to give her the same respect as we give to all HODs.”

In other news, Deepika Padukone was recently involved in a war of words between influencer Freddy Birdy.

The Instagram influencer commented on the length of her clothes during Gehraiyaan promotions.

On January 29, 2022, Freddy had shared a post seemingly targeting the clothes worn by the female stars of Gehraiyaan.

“The clothes will get tinier as the Gehraiyaan release date approaches.”

Part of the caption read: “Necklines and hemlines are Gehraiyaan.”

Freddy Birdy, whose page is followed by many Bollywood celebrities including Anushka Sharma, has since made his account private and reportedly deleted the post.