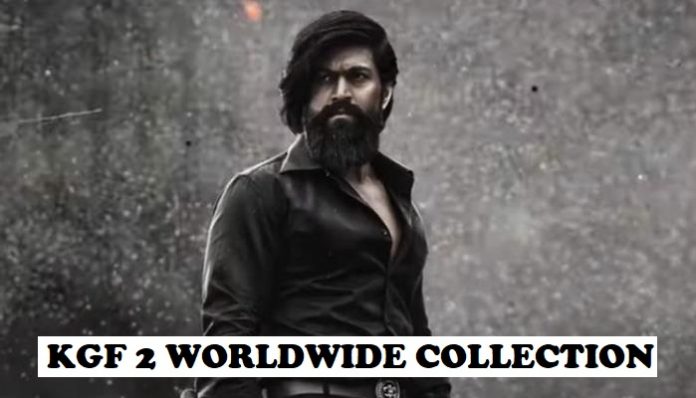 KGF Chapter 2 is in a league of its own. Since its grand release on April 14, the movie has been on a record-breaking streak. The sequel to 2018’s KGF, starring Yash, Srinidhi Shetty, Sanjay Dutt, and Raveena Tandon is simply unstoppable at the global box office. On the 7th day of its release, KGF Chapter 2 grossed the Rs 700 Crore mark.

REFUSES to slow down.

KGF 2 opened to terrific numbers and grossed Rs 165 Crore on its opening day. It refused to slow down on weekend and grossed Rs 500 Crore in the extended (4 days) opening weekend.

Even on weekdays, the movie is doing incredible business. The total worldwide gross collection of KGF Chapter 2 after seven days stands at around Rs 720 Crore. It is now the 7th highest-grossing Indian movie of all time.

The Hindi dub of KGF Chapter 2 has been on a dream run. It has received an exceptional response. In just seven days, the movie crossed Rs 250 Crore mark. Yash starrer collected around Rs 16 Crore on Wednesday to take its total collection tally to Rs 254 Crore.

With Shahid Kappor’s Jersey releasing on April 22, KGF Chapter 2 screen count will drop. However, the numbers won’t get affected much. One can expect KGF Chapter 2 to gross Rs 1000 Crore by the end of the second week.