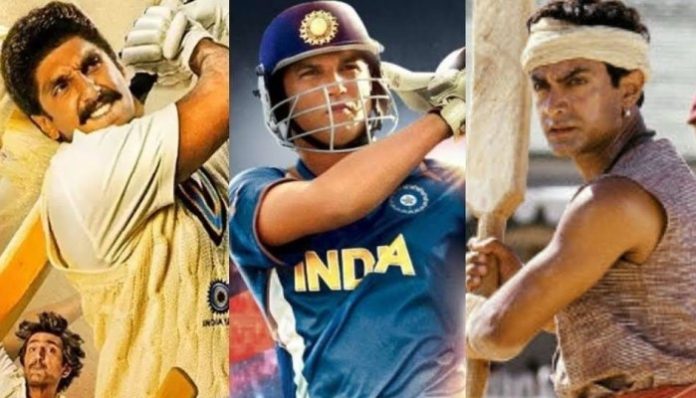 Best Cricket Films That Every Cricket Lover Should Watch

Cricket is a gentleman’s game. It is one of the most popular sports in the world and has a huge fan following. If you are one of those cricket fans, then you would love to watch these films that are based on the sport. These films will take you on a journey through the history of cricket and will show you how this beautiful game is played around the world. Whether you are a die-hard cricket fan or just someone who enjoys a good film, these movies are sure to entertain you!

MS Dhoni: The Untold Story is based on the true story of Indian cricketer Mahendra Singh Dhoni and chronicles his journey from a small town boy to one of the greatest cricket captains in the world. The movie was a box office success and Dhoni himself supported it, working as a consultant. MS Dhoni is played by the late actor Sushant Singh Rajput who received acclaim for his performance.

The film is an inspiring story of determination, hard work, and perseverance. It’s a must-watch for any cricket fan.

83 is a 2021 Indian sports drama film directed by Kabir Khan. The film is produced by Khan, Vishnu Vardhan Induri, and Deepika Padukone. It stars Ranveer Singh as Kapil Dev, the former captain of the Indian cricket team, with Deepika Padukone playing his wife Romi Bhatia. 83 chronicles India’s victory at the 1983 Cricket World Cup.

Although 83 did not succeed at the box office, it was however critically acclaimed. Ranveer Singh was praised for his portrayal of Kapil Dev. The film also received support from the 1983 Indian team. For a true cricket lover, 83 is a must-watch movie.

Released in 2016, Azhar is a story inspired by real-life Indian Cricketer Mohammad Azharuddin. It tells his life story from playing for the Indian national team and then getting involved in a match-fixing scandal which eventually ended his career. Although the movie has many fictional elements, it still is an eye-opening account of a great Indian captain.

Although it’s a documentary, it’s still one of the best movies about Cricket. Fire in Babylon is a documentation of the West Indies team of the 70s and 80s. It tells the story of the West Indies cricket team, which dominated world cricket for more than two decades. The film features interviews with some of the biggest names in West Indian cricket, including Sir Viv Richards and Sir Garfield Sobers. Fire in Babylon is an inspiring story of how a team from the Caribbean became the best in the world.

Iqbal is a Hindi film that shows the story of a deaf and mute boy named Iqbal who desperately hopes to play cricket for India one day. With the help of his coach, he overcomes all obstacles and goes on to play for the Indian national team. Iqbal is an inspiring film that will leave you motivated to follow your dreams. It features amazing performances from Shreyas Talpade and Naseeruddin Shah.

One of the most popular cricket films of all time, Lagaan is set in the Victorian era of British rule in India. The film tells the story of a group of villagers who challenge the British to a game of cricket. The film is a great representation of the game and also shows how cricket can bring people together. Lagaan was even nominated for an Academy Award. It is frequently cited as one of the greatest sports films ever made.

These are just some of the Best Cricket Films that every Cricket Lover Should See. So, if you are a cricket fan, make sure to watch these films. You will not be disappointed. For more informational articles about Cricket, be sure to visit Cricwall.