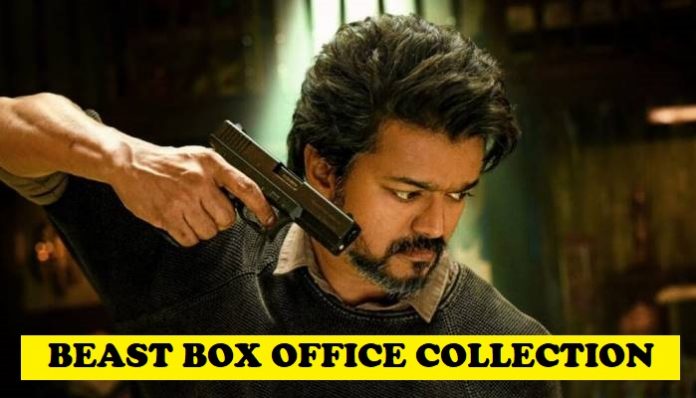 Tamil superstar Thalapathy Vijay’s most awaited movie Beast takes a big opening at the Tamil Nadu box office. However, Vijay failed to make beat his own opening day record of Sarkar (Rs 32 Crore). As per a trade analyst and reporter Manobala Vijayabalan, Beast grossed Rs 26.4 Crore from Tamil Nadu on its opening day.

Due to negative WoM, the film faced downtrend in evening & night shows.

Though these are decent numbers, one has bigger expectations from Beast. The movie has received negative reviews and mixed word of mouth. As a result, it faced a downtrend in evening and night shows, resulting in numbers lower than expectations.

Trade analyst Ramesh Bala tweeted that Beast has collected approximately Rs 4 crore from the premiere shows in the US. His tweet read, “#Beast Premieres gross $653,171 from 308 locs at the USA Box Office. 2nd Best Premiere for a Tamil movie after #Kabali (sic).”

2nd Best Premiere for a Tamil movie after #Kabali

The worldwide opening day collection of Beast would be around Rs 65 to 70 Crore (Gross). Here’s a breakdown:

With the release of Yash’s KGF 2, Beast will see a big drop in numbers from today especially outside Tamil Nadu. One of the prime reasons, the movie will fail to sustain is the negative word of mouth.