Balraj Khanna talks ‘Born in India Made in England’

Distinguished artist and author, Balraj Khanna has written an emotionally insightful autobiography, Born in India Made in England (2021.

The book details the prestigious life of one of India and Britains most elaborate artists.

Witnessing the 1947 partition of India, Balraj has experienced both peace and war in his younger years.

However, as he came to grips with the changing landscape of his motherland, it was the previous British rule that ultimately impacted him the most.

A lover of English literature and language, Balraj was supported by his father to pursue his creative talents.

So, having observed the elements of both India and Britain, he decided to relocate to London in 1962.

It was here that the iconic painter befriended some of the most influential characters in his life.

Having succumbed to his keen observations and exquisite prowess, Balraj’s use of colour, shapes and shadows in his artwork was refreshing to see.

Therefore, he started to gain a mass following around the UK and internationally. The fusion of both his Indian heritage and British lifestyle gave Balraj’s creations a unique concept.

The artiste also loved writing and published his first novel Nation of Fools in 1984.

He went on to collect the Royal Society of Literature’s Winifred Holtby Prize for this astounding piece. The novel is amongst the 200 best novels in English since 1950.

Balraj’s poetic flow, vibrant descriptions, and vivid imagery are always evident through his creations. Born in India Made in England is no different.

It weaves an evoking atmosphere of India in his youth. It also tells how impactful England was on his life in the 60s.

DESIblitz caught up with Balraj to discuss the book and the importance of conveying his life story so far. 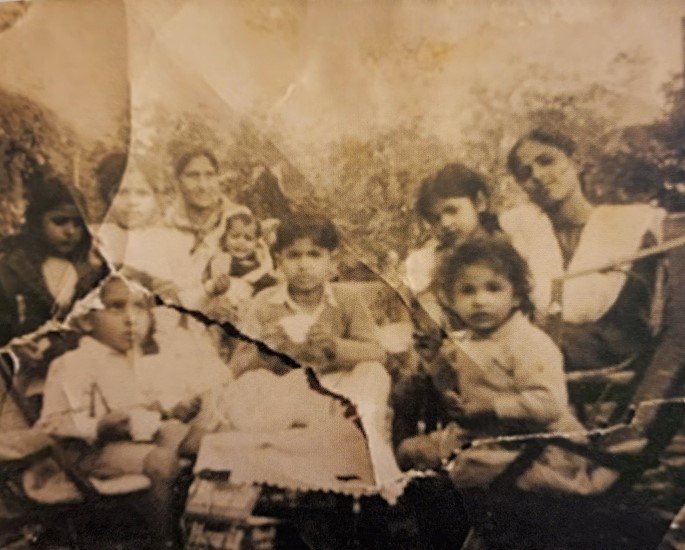 Born in 1940, Balraj has had a thriving career as a painter and novelist.

Living through some of the most foundational moments and periods in history, he has experienced pain, love, and laughter.

Despite being famous within the artistic world, both domestically and worldwide, Balraj has never told his full life story.

Therefore. it was important to gather why the writer chose this moment to finally unravel all the junctures that have moulded him.

As a young boy in India, Balraj says that the inspiration for Born in India Made in England began decades before the concept came to light :

“In those days, our professors were like gods to us. One in particular who encouraged me said I had things to say to people about my life, which people might want to hear.

“He said we inspire each other by writing and knowing about each other.”

At the time, Balraj thought his professor was giving him an educational lift. However, it was his father who confirmed what the professor was saying.

Both saw qualities in Balraj like no other. His wittiness, flair, and deviation from traditional Indian routes were compelling:

“My father was a very seminal influence on me. Even at school, I used to write funny things that I would imagine. Whilst my friends laughed at me, my father did not.

“He encouraged me, he said ‘boy, just carry on writing, just carry on’. He was greatly interested in ancient Indian art and used to collect great things from the past like big statues and paintings.”

Although Balraj’s father passed away at aged 53, his lasting effect on his son is unparalleled.

The exposure to ancient paintings and artistic techniques enhanced Balraj’s vision and the way he observed his surroundings.

This was apparent when the icon studied in Shimla, the summer capital of British India until the partition.

Amid the beauty of nature, Balraj reveals how he saw the world with a redefined feeling:

“I was sitting there from an early age and surrounded by the great mountain peaks and those great deep gauges. It was very inspiring to stand there and look around.

“It was very luminous, I felt the feeling of something different. I wanted to go higher and higher and look down upon the world.”

Though, it was the connection that Balraj had with English literature that really moulded his character:

“I fell in love with English poetry, the English language and English literature. Even before I came [to London], I knew the ways of the English people.

“The British Raj had left but they left all the influences behind and I grew up with those influences.”

“In a way, it was very character making and that’s where it all started. From John Donne to Shakespeare. Shakespeare plays were a part of my coursework.

“King Lear, for instance, I thought it was the greatest play ever written. I still believe it is a very lovely play, lovely literature.

“The romantic poets had a great effect on me. Keates, Shelley, Baron and Wordsworth, all of these poets affected me.”

This highlights how the magical writing style he conveys in Born in India Made in England has trickled down from these early moments.

The comedic yet emotive skills of Shakespeare, Keates’ imagery, Shelley’s hope are all aspects oozing out of the book. 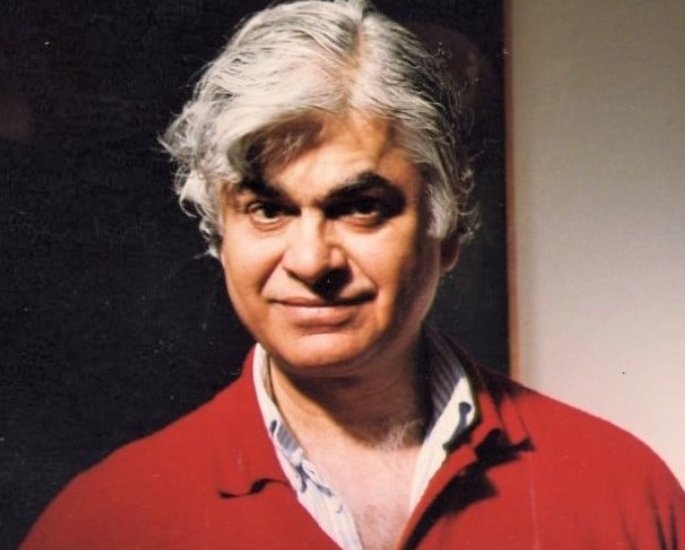 Balraj Khanna has first-hand experience of India’s partition. This is a key component of Born in India Made in England.

Although there are many retellings about one of history’s most famous divisions, Balraj’s perspective is so vivid and intimate.

He was about eight years old during the partition. Hence, his voice when recounting his memories goes into detail but with a youthful nature.

He seemingly describes the thoughts of his younger self in such a fragile but comprehensive way. In one instance, he writes:

“Partition made 1947 an Amazon of sorrow. Its impact was far greater than that of Independence.”

Of course, this was one of the turning points in Balraj’s life as he explains:

“There was a lot of bloodshed over who’s who. “The British left in ’47 but they left behind a very lasting effect on the Indian psyche.”

As readers work their way through the partition in Born in India Made in England, they understand the role that identity played.

Balraj cleverly propels anxiety of the people but his bluntness at the terror of the partition is truly magnificent. For example, he writes:

“The unfortunate Muslim refugees and Ahmadis were now fleeing from Qadian for their lives, mountainous bundles of belongings on their heads and goats by their sides.

“We saw hordes of Hindu-Sikh marauders on horseback hacking them with naked swords and fleeing with their young women.”

Although these are just Balraj’s personal experiences, they do highlight how tense the partition period was.

His account will bring back a lot of painful memories for some readers. Having said that, the younger generation can greatly benefit from Balraj’s explanation.

Born in India Made in England strips away the politics and focuses on feeling, especially for British Asians who aren’t familiar with the partition,

Balraj’s language immerses you in 1947, providing a foundation of knowledge otherwise overlooked by the younger generation.

Having witnessed how his homeland was going through a symbolic shift, Balraj’s life suddenly changed. But, his passion for art remained.

Fast forward to his arrival in London in 1962, he reveals how surprising his new home was:

“In the beginning, I saw notices in the newsagents saying ‘rooms to let but no n*gros, Indians and Irish allowed’.”

Developing on this hardship, Balraj expressed “it was very difficult for me to establish myself”:

“I could get no English critic to come and see my work.”

“My studio which was my dining room, my sitting room, my kitchen, my bedroom all into one bloody room. For my rent, I paid £2.10 shillings a week.”

However, he bluntly states that “the Punjabi character is made of steel.”

Following on from his relentless dedication, Balraj received a lifeline from some of the most impactful figures in his career. 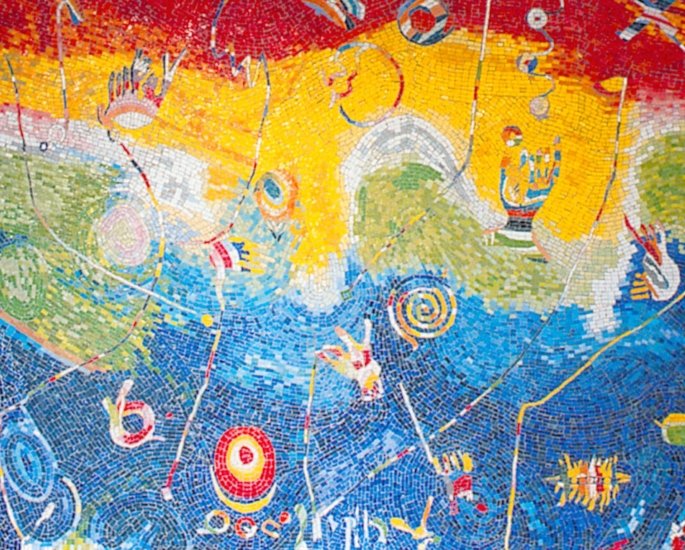 As readers pace through the book, they are hit with descriptions of London and a new sense of life. The excitement of Balraj Khanna oozes through each word.

At the time, he explains how he didn’t feel an ounce of tiredness due to this. He then jots down his reasons for making the trip over:

“Every young man from a sound background aspired to go to England to make something of himself.

“In my case I was coming to England to realise what was embedded in me – to be an artist. My dream.”

Balraj was in awe by the origins of his English inspirations as a student in India. Finally, he was on the same ground as those poets and writers that were ingrained into him as a young man.

However, it was the help of two Indian artists that justified why Balraj has become an artist.

Both Avanash Chandra and Francis Souza were decorated, painters. They boasted tremendous catalogues of artwork.

Balraj explains that as they took him under their wing, it was probably the most career-defining moment for him:

“They had been very successful here in the early 50s. They started here in the late 40s after the Indian independence.

“Souza arrived here in ’49 and Avanash a couple of years after. They were recognised almost immediately because they were really highly talented artists.

“They had a great substance about them and they became my mentors, so to speak. That was singularly the most influential thing, that they believed in me.

“They knew I believed in myself and I inherited that from my father, to believe in myself.”

Both Souza and Chandra were inspirational in their efforts to help Balraj excel within British art, doing so successfully.

Readers are able to see why both artists saw the potential in Balraj.

Not only through the passages of the book, but the fact Balraj includes images of his artwork every so often to break up the story.

His paintings entice your vision and as your eyes wander across the canvas, the Indian and British cultures pierce through.

Since then, the artist’s work has reached new heights. He has displayed his gorgeous paintings in impeccable exhibitions that span across Delhi, Germany, New York and France.

Though, his literary accomplishments are also worth noting. His engrossing way with words shines in every release, such as Nation of Fools (1984), Indian Magic (2014), and Line of Blood (2017).

Thus, there’s no doubt how impactful India and Britain were on the life of Balraj Khanna.

The traditions of youth, the partition pain and embracing culture in London have all contributed to his flourishing journey. 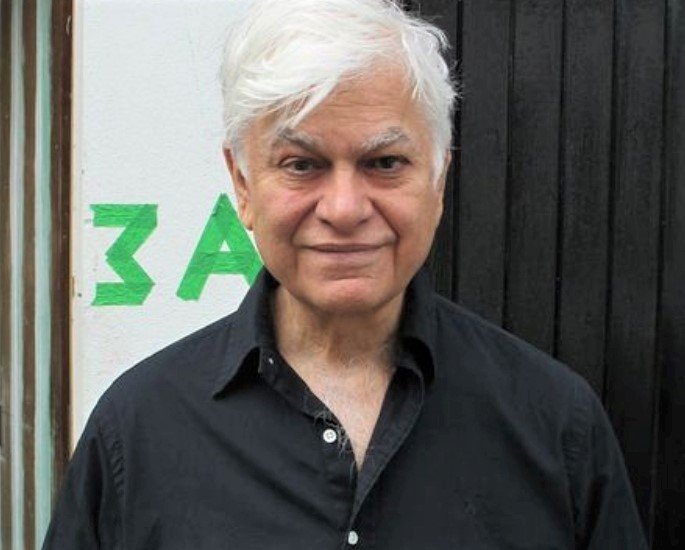 Born in India Made in England is a gripping, emotional, and intellectual look into one of the most impactful Indian artists ever.

The way Balraj carefully shapes his experiences and mixes them in his distinct personality is extremely naturalistic and emotive.

Although the book finishes when he receives the Winifred Holtby Prize for Nation of Fools, many are left wondering what happens to Balraj after 1984. But, the imaginative painter happily declares:

“Of course, there will be another book.”

“I am in the process of writing another one that is set in London in the 70s.

“So many things happening all at once. So many forces, so many ideas come and go and once you start writing, more ideas come.”

Therefore, readers and contemporaries will look forward to seeing how Balraj’s life propelled even more in his ‘later years.

It’s very clear to see how Born in India Made in England came to fruition. But, it highlights just how extraordinary Balraj Khanna’s life is.

The book is a majestic read and details an incredible amount of experiences and memories that one cannot imagine.

Grab a copy of Born in India Made in England here.