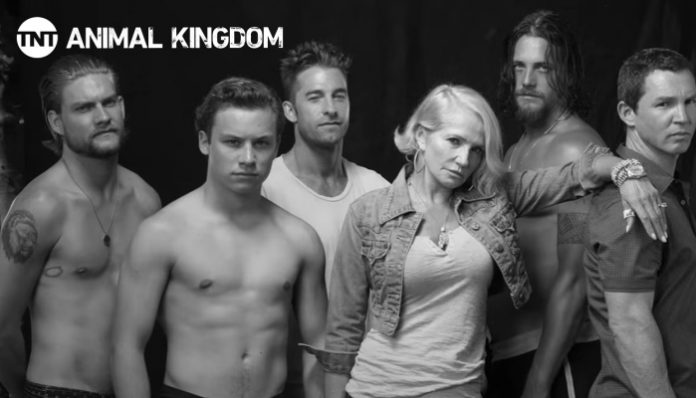 Animal Kingdom Season 6: American drama series ‘Animal Kingdom’ returns on TNT for its sixth. Here’s everything we know about it.

Animal Kingdom is an American crime drama TV series based on the 2010 Australian movie of the same name. The series debuted on TNT on June 14, 2016. Season 5 comprises 13 episodes aired from July 11, 2021, to Oct 3, 2021. The series features a 17-year-old boy, Joshua “J” Cody who, after the death of his mother, moves in with his alienated relatives, the Codys, a criminal family governed by matriarch Janine “Smurf” Cody. Animal Kingdom has been one of the most successful shows on TNT over the years. Sadly, season 6 will be the final chapter of the Cody family story. So, when will the final season premiere on TNT? Who will star in it? What plot will it follow? Here’s what we know about Animal Kingdom Season 6.

What is the premiere date for Animal Kingdom Season 6?

On Oct 8, 2021, TNT released the teaser for the sixth and final season. You can watch it here.

On June 2, 2022, the trailer was released. Along with the trailer, the premiere date for the sixth season was also announced. Animal Kingdom Season 6 premieres on TNT on Jun 21, 2022. Two episodes will be released back to back on the premiere.

The official trailer is here. Nothing can prepare you for #TheFinalScore. Brace yourself for #AnimalKingdom June 19th. pic.twitter.com/3B09nS46ah

Before the start of the fifth season, series star Shawn Hatosy who plays the oldest Cody son Andrew “Pope” Cody reveals via Twitter that the talented writers will end the series on a satisfactory note. It means that all the questions that remained unanswered in the previous seasons will get answered.

At the end of Season 5, the police finally discover the body of Catherine Blackwell (Daniella Alonso), the wife of the late Barry “Baz” Blackwell, J’s biological father and Smurf’s adopted son.

Catherine is killed in the first season when Pope suffocates her for stealing money from Smurf after an awkward seduction attempt on Catherine’s part. Catherine’s body is discovered planted in a new housing development connected to the Codys. This news will make the main plot point for the next season.

On the other hand, J and Deran finally work on a plan to lead the Cody gang after Smurf’s death. Craig’s drug addiction results in trouble with his series-long love, Renn finally leaving him.

So, the final chapter is going to be a fierce chapter and it will be interesting to see who gets the charge of Cody’s criminal empire.

Who will star in Animal Kingdom Season 6?

With so many loopholes yet to be filled, season 6 will see all lead characters returning for one final time. It’s quite possible that Leila George will return as the younger Smurf. Andrew “Pope” Cody (Shawn Hatosy), Craig Cody (Ben Robson), and Deran Cody (Jake Weary will definitely return.

Finn Cole as J will lead the proceedings in the final season. We might also see Jon Beavers (young Jake Dunmore) and Rigo Sanchez (young Manny) return in the flashback to give a conclusive end to the series.

Most of you would think why Leila George is playing Smurf. Well, as you know, the elder Smurf, played by Ellen Barkin, is shown dead in Season 4’s climax. So she’ll not appear anymore. Instead, Leila George is cast in Season 5 as the younger Smurf (Janine Cody).

How many episodes does Animal Kingdom Season 6 have?

The crime drama series debuted on TNT on June 14, 2016. In the last seven years, Animal Kingdom has gained a strong fan following not only in the United States but in other countries as well.

Distractify also confirmed that the season six finale is set to air on Sunday, August 28, 2022.

Where to watch Animal Kingdom Season 6?

In the United States, you can watch the previous five seasons of this gritty drama on Amazon Prime Video. In India, Australia, and many other regions, all five seasons are available to stream on Netflix as per Unogs.

While previous seasons of Animal Kingdom are available to stream on Amazon Prime Video in the United States, new seasons are released on TNT first. So, to watch the new episodes live you need to tune to TNT on Sunday nights at 9/8c. You can also watch the new episodes on the TNT website or app provided you have valid cable credentials.

If you don’t have access to TNT, you have to wait several months before Animal Kingdom Season 6 will be available to stream on Amazon Prime Video.

Outside the United States, Animal Kingdom is a Netflix original. The first four episodes of the sixth season have been released on Netflix in India, Australia, Malaysia, and Philippines as per Unongs.com.