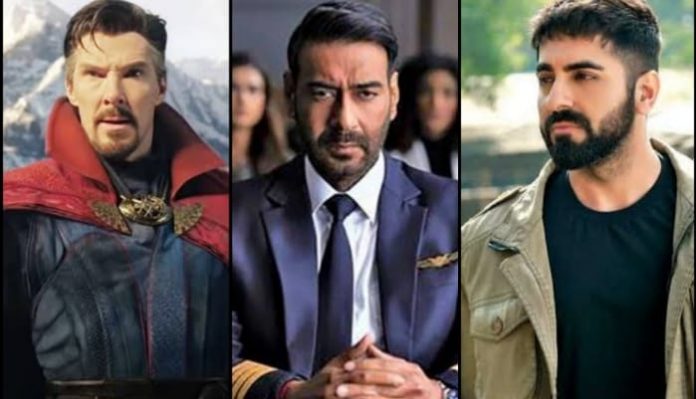 Ayushmann Khurrana starrer Anek is making its OTT debut after a month of its theatrical release. The action-thriller narrates the story of an undercover cop who is on a mission to gain peace in Northeast India. Anek marks the reunion of director Anubhav Sinha and actor Ayushmann Khurana after a critically and commercially successful Article 15.

Directed by Rajeev Ravi, this engrossing crime drama movie is based on a jewelry robbery that occurred in Kasaragod in 2015. The case took a 5-member team from the Kerala Police force to a village in Uttar Pradesh where they risked their lives to catch the offenders.  Kuttavum Shikshayum is available to stream in Hindi and Malayalam.

Doctor Strange in the Multiverse of Madness

It is available in multiple languages including English Hindi, Tamil, Telugu, Malayalam, and Kannada.

Man Vs Bee is a comedy-drama starring Rowan Atkinson best known for his character Mr. Bean. The show revolves around Trevor played by Atkinson who has to battle it out with a bee in a house.

Based on true events, the movie revolves around Captain Vikrant Khanna, played by Ajay Devgn, a flying prodigy whose flight takes a stirring and mysterious trajectory after take-off from an international destination. The film is inspired by the true event of the Jet Airways Doha to Kochi flight 9W 555, a Boeing 737-800 aircraft that had a narrow escape on 18 August 2015.