Ananya was most recently seen in a modern, embroidered lehenga.

Her stylish look received compliments from both netizens and fellow celebrities, including her rumoured boyfriend Ishaan Khatter.

Ananya Panday showcased her black lehenga at the Lokmat Most Stylish Awards 2021, which was held in Mumbai on December 2.

The Student of the Year 2 actress wore the lehenga on the red carpet and paired it with an embroidered bralette. 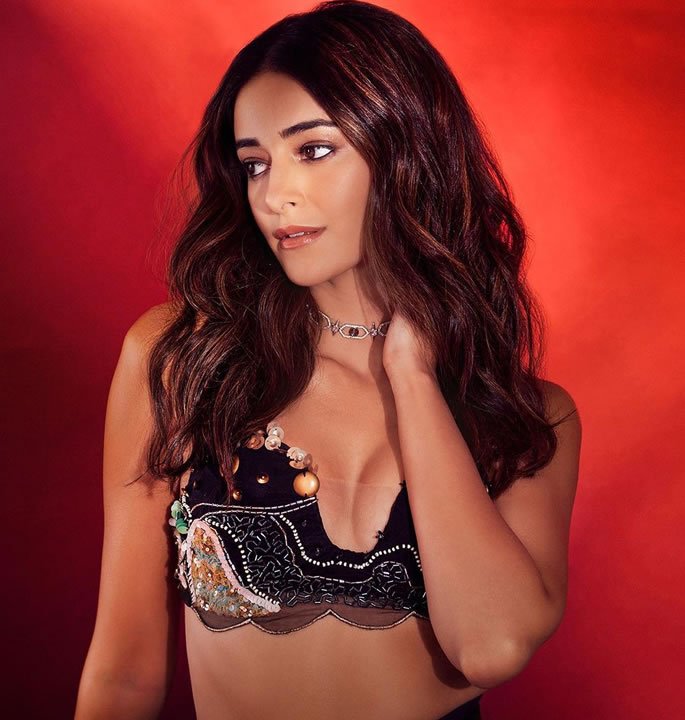 Ananya, alongside her stylist Lakshmi Lehr, took to Instagram to share photos of her look on December 4, 2021.

In the caption of the post, Ananya wrote: “Bijlee Bijlee.”

The black bralette, from the designer label Shivan And Narresh, had an intricate design and a mesh panel that was in a scalloped pattern at the band.

The lehenga also featured an intricate design with an eccentric pattern. 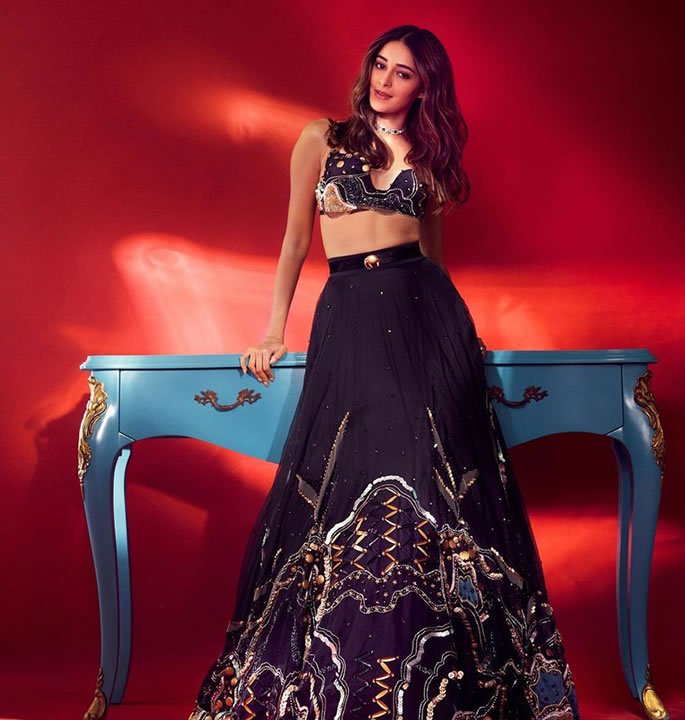 Ananya completed her look with a Shivan And Narresh logo-adorned black belt around her waist.

She styled her hair into her signature style of centre-parted wavy locks.

Her jewellery featured a simple necklace as well as statement rings.

The actress looked effortless as she posed in front of a red backdrop, showing off her figure and making her outfit stand out even more.

On December 3, 2021, Sara Ali Khan posted a video of herself dancing with Ananya to the song ‘Chaka Chak’ at the awards ceremony.

The song is from Sara’s upcoming film Atrangi Re. In the video, Sara was seen wearing a white floral lehenga.

Ananya’s post amassed over 760,000 likes and many comments from her fans. 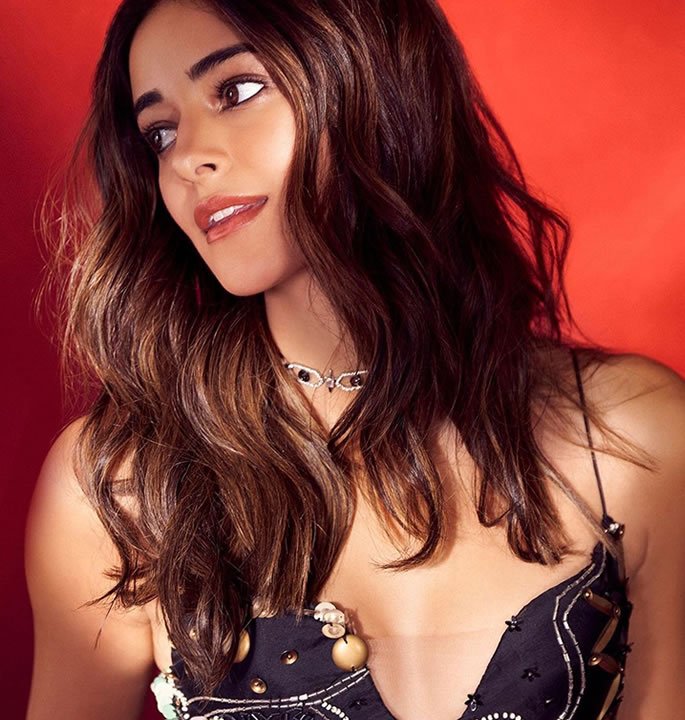 Many celebrities also reacted to her outfit.

On the work front, Ananya Panday has many projects in the pipeline including Liger and Kho Gaye Hum Kahan.