Released in January 2022, the book is an Indian-inspired fantasy that takes you on a gripping journey filled with peace, war and magic.

The story surrounds four siblings who are on a quest to find The Ivory Key, a rumoured new source of magic.

However, in order to find the mysterious object, these siblings must reunite to go on this treacherous crusade.

Each of them has their own motivation in finding The Ivory Key but they also have a lot more to lose if they fail.

It is a refreshing and monumental debut from Akshaya who has solidified herself as new talent amongst the literary world.

Growing up exposed to rich cultural values and beliefs, the book is an embodiment of the elements of South Asia.

Family dynamics, mythology and divine architecture all ooze out of the novel.

What’s even more compelling is that the protagonists are all South Asian as Akshaya wanted to reimagine literature’s leading roles.

The intriguing author always loved reading but didn’t see any characters that looked like her.

So, she took it upon herself to bridge that gap between South Asian readers and stories.

Also, the inclusion of queer characters as well makes The Ivory Key an incredibly inclusive book that represents wider society and communities.

DESIblitz caught up with Akshaya to discuss the novel, her literary aspirations and the importance of representation.

How did your love for writing begin? 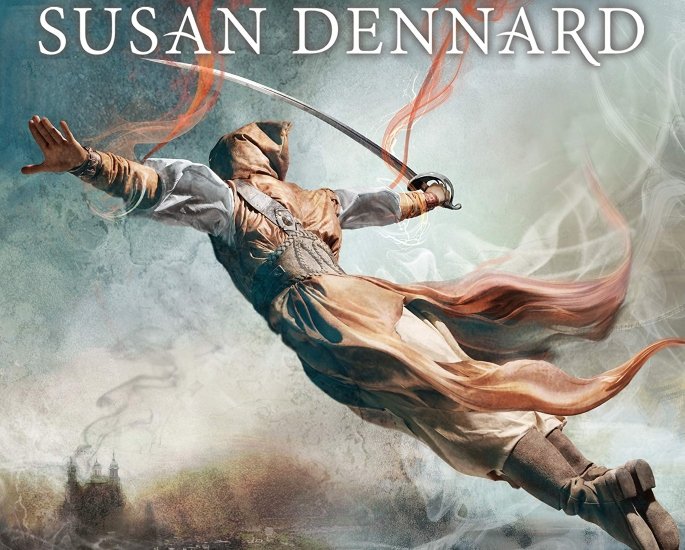 I’ve always loved stories in all forms and I was a big reader as a child, but it truly never occurred to me that being a writer was a real job.

It wasn’t until I was 12 or 13, when I met friends in school who were also writers, that I began to explore the idea of writing my own stories.

I began to scribble snippets of ideas in the margins of my notebooks in school and eventually realised that this was what I really wanted to do.

One of my favourite fantasies of all time is the Witchlands series by Susan Dennard.

She is such a master of worldbuilding, and that series (especially Windwitch) has been a huge inspiration for me.

In terms of South Asian stories, the first young adult fantasy I ever read with characters who looked like me was in Roshani Chokshi’s The Star-Touched Queen.

Reading a book full of such familiar elements and mythology gave me the courage to write my own Indian inspired world.

What influenced you to write ‘The Ivory Key’?

Two of my biggest inspirations were the complicated family dynamics of The Originals and the puzzles and mysteries in movies like Indiana Jones and National Treasure.

“But the idea really began with how I conceptualised the magic in this world.”

I wanted to write about magic that anyone could learn to use through hard work and creativity rather than an inherent privilege.

The story evolved from there.

I thought about how magic being a physical resource could be a source of conflict in this world – and the characters who would have the most to lose if it was running out.

What was your creative process like when writing the novel? 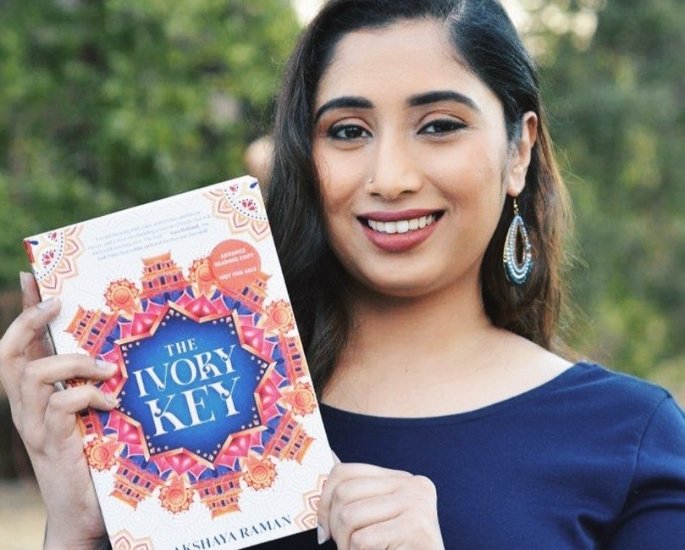 I wrote the first draft of The Ivory Key in just three weeks in a flurry of inspiration in the summer of 2016.

But when I finished, I knew that there was a lot of work that needed to be done.

That draft had the heart and bones of the book but nothing else – the character arcs and magic system and world-building were basically non-existent.

I spent the next four and a half years revising – on my own, then with my publishing team.

This was to try and bridge the gap between the story that existed in my head and the one that was on the page.

My creative process has been a bit more streamlined since then, and now I try to outline a bit more than I used to!

What are the main themes you convey in the book and why?

I’ve always been fascinated by stories that touch on complex family dynamics.

Our upbringings are inherently shaped by the world views of those who raised us, and I wanted to explore how the generations that came before them affected these four siblings differently.

“I also wanted to write a story in which characters aren’t bound by fate and instead choose to pursue their dreams.”

Each of the characters has their own reasons for tracking down The Ivory Key.

But the thing that drives them is their own determination, tenacity, and hope rather than a predetermined destiny.

Why was it important to have such inclusive characters? 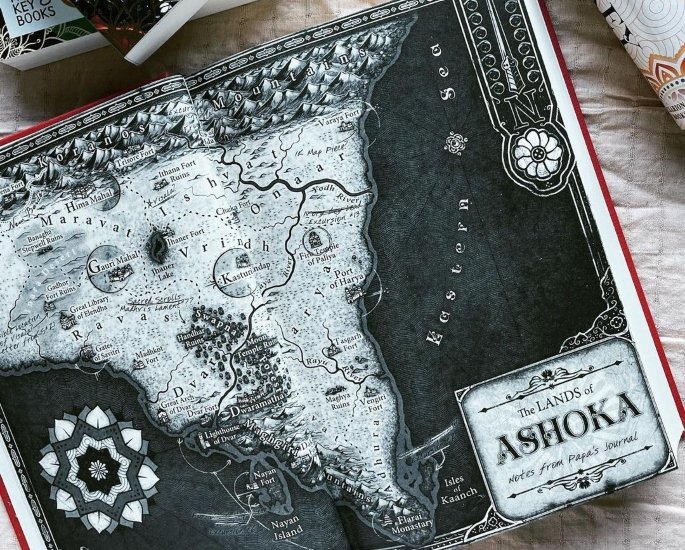 Growing up, I loved stories about magical adventures and epic romances, but the characters in those stories hardly ever looked like me.

Even if they did, they were usually side characters.

And so when I had the chance, I wanted to write the same kind of stories I loved as a child but with South Asian characters in those leading roles.

When creating new worlds, we get to choose which elements of real life we carry over.

I wrote a book in which queer characters are simply a part of the fabric of the world because I want queer readers to feel welcome and safe in my stories.

Why did you choose a mythical and fantasy setting for the book?

I always knew that this story would be a fantasy featuring a magical treasure hunt and estranged siblings.

But I wanted to set it in a world inspired by ancient India featuring a lot of my own cultural touchstones.

I did a lot of historical research for it, particularly focused on flora and fauna, regional cuisine, and architectural styles.

But I loved being able to weave it all together into a totally new world for my characters to explore!

Do you think literature is doing enough to represent South Asian identities? 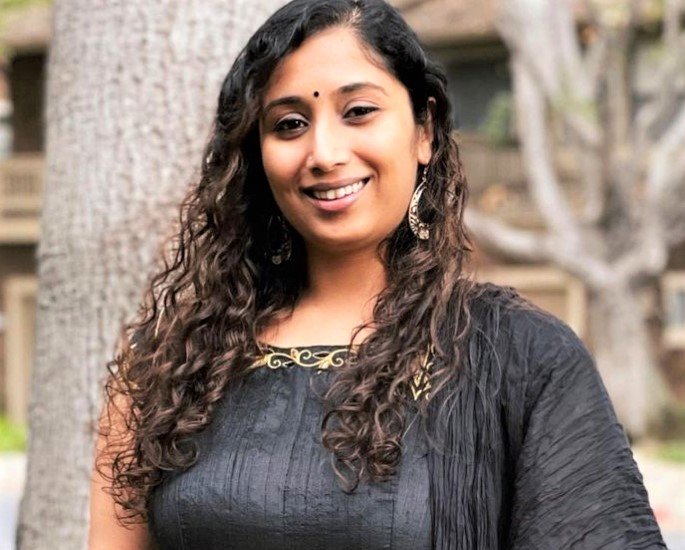 I think there is always room for more representation.

When there are so few South Asian voices, there is an inadvertent burden put on those few creators to write stories representative of the entire South Asian community.

But South Asian culture is vast and is comprised of so many different countries, languages, religions and traditions.

No single book is ever going to capture every South Asian experience, and the more stories we have, the more people will be able to find characters they relate to.

What major challenges have you faced as a South Asian author?

The hardest part for me is that there is less general awareness of the diversity within South Asia.

When people think of South Asian culture, it predominantly tends to be North Indian Hindu culture and cuisine.

“But as I mentioned above, South Asia is truly so varied and regionally specific!”

I’m South Indian and I’ve personally found it a little more difficult to weave in Tamil culture without added explanation. The average reader might not have context for those details.

Undoubtedly, The Ivory Key serves as a very vibrant, energetic and innovative book that is shedding a light on more diverse topics.

Although the novel is fiction, it still surrounds itself with very real and relatable characteristics.

The emotional and captivating way Akshaya writes within The Ivory Key is exhilarating.

Book-lovers worldwide are infatuated with how the novel pieces together South Asian characters, mythical settings and adventure.

Excitingly, the impressive author has also teased at what she’s planning on next:

“I’m currently working on the sequel to The Ivory Key.

“I can’t say too much yet but I can share that book two will have more adventures, more ancient secrets, more sibling drama, and more romance!”

Akshaya is gearing up to carry on her success and she is definitely a writer to keep your eyes on.

Find out more about The Ivory Key and Akshaya Raman here.