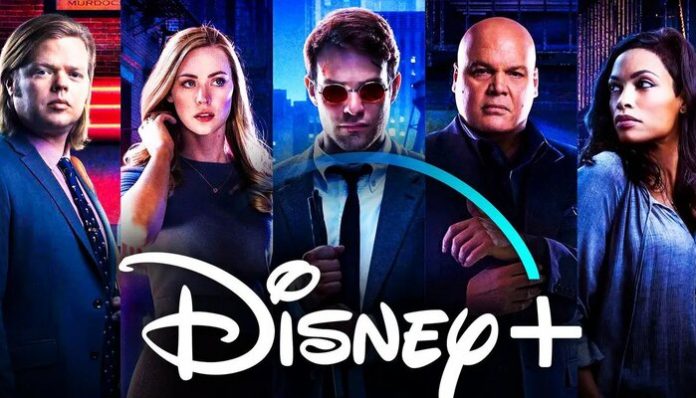 A New Daredevil Series Is in the Works at Disney Plus! Everything You Need To Know

The Man Without Fear ‘Daredevil’ is coming for a new series at Disney Plus. Get ready for some more “Daredevil” level action.

A new “Daredevil” series is reportedly being developed at Disney Plus with Matt Corman and Chris Ord tapped in as the writers and executive producers. For a while now, rumors have been circulating all over the internet about a new Disney Plus Daredevil series. Well, these are no longer rumors now.

A Hollywood Reporter report confirms that “Marvel Studios is finally moving forward with a Daredevil series for Disney Plus.” So it’s time to rejoice as The Man Without Fear is coming back to fight even more badass villains this time.

Marvel’s Daredevil is an American legal crime-drama superhero series created by Drew Goddard exclusively for Netflix. It premiered on April 10, 2015, and concluded its three-season run on October 19, 2018. Netflix then signed a contract with Marvel that included four superhero series, and two crossover series, “The Punisher” starring Jon Bernthal and “The Defenders” which brings all the four superheroes together as a team. These include Charlie Cox’s Daredevil, Krysten Ritter’s Jessica Jones, Mike Colter’s Luke Cage, and Finn Jones’ Iron Fist.

The series was well received by critics and the audience, along with several awards including nominations for Primetime Emmy Awards. Especially Charlie Cox’s performance, as Matt Murdock, a blind but “really good lawyer” at day, and Daredevil, a masked vigilante at night who fights crimes in the city. The creators wanted the series to be darker and more mature than other Marvel shows and they somewhere succeeded in that.

It hasn’t been any long since all these Marvel titles at Netflix got transferred to Disney Plus. Basically, Daredevil is going to be the only Marvel show yet to get a continuation in the form of a new series rather than a sequel. Well, a lot has changed after the first Daredevil series ended, so it makes sense that they are developing a new series instead of working on Daredevil Season 4. Also, it will be a Disney Plus series, so it won’t be as mature or dark as the Netflix series was.

Charlie Cox’s Matt Murdock recently made a cameo appearance in Spider-Man: No Way Home as Peter’s lawyer. He is also rumored to make an appearance in She-Hulk and some other upcoming Marvel projects as well. On the other hand, Vincent D’Onofrio, who played Kingpin in the Netflix’s Daredevil series, appeared in the Disney Plus show, Hawkeye. Although Echo shot him in the head, he wasn’t shown dead as the camera rolls away at that moment. So if he is alive, which we think he is, then he might reprise his role in the new Daredevil series.