With many British Asians looking to become entrepreneurs, there are certain individuals succeeding with their own businesses.

Although British Asians are certainly marginalised, it is important to recognise the company founders who are thriving.

There is an abundance of British Asian men who have triumphed with their iconic ventures.

Ranging from carbon-friendly products to alcoholic beverages, these entrepreneurs are paving the way for future stars.

Therefore, this is vital for communities as it gives budding businesspeople a plethora of individuals to look up to.

They are proving that no matter if you are a minority, having the dedication and proper work ethic will lead to prosperity. 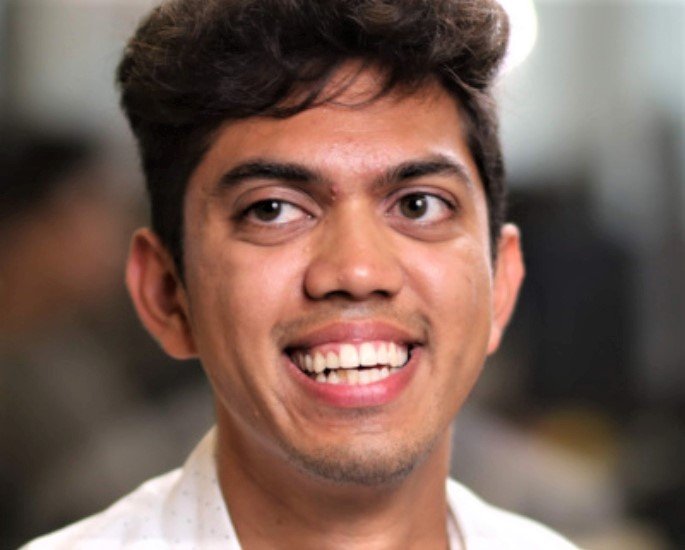 Rishi Chowdhury is the CEO and along with George Johnston, the co-founder of Incube Space.

Incube Space marries technology and hardware to reduce waste across the lifecycle of a building.

This is specifically done by allowing real-time optimisation of space and indoor air quality which provides affordable, sustainable and healthy spaces.

Having launched in 2020, Incube Space’s message is clear, as they state on their website:

“Seeing that over 90% of the time, we as human beings are inside a building, we are on a mission to reimagine the built world…

“…[We want to] transform it from a major contributor to carbon emissions, to a central solution of the climate change crisis.”

Interestingly, this business grew from Rishi’s prior company where he built incubators, accelerators and innovative programmes for startups.

Rishi’s first-class honours degree in business management from Kingston University in 2010 has also helped with his entrepreneurial success.

The company was included in Unissu’s smart building software report as one of the ‘Startups To Watch in 2022’.

With such a forward-thinking attitude and dedication to saving the earth, Rishi is certainly inspiring a lot of British Asians. 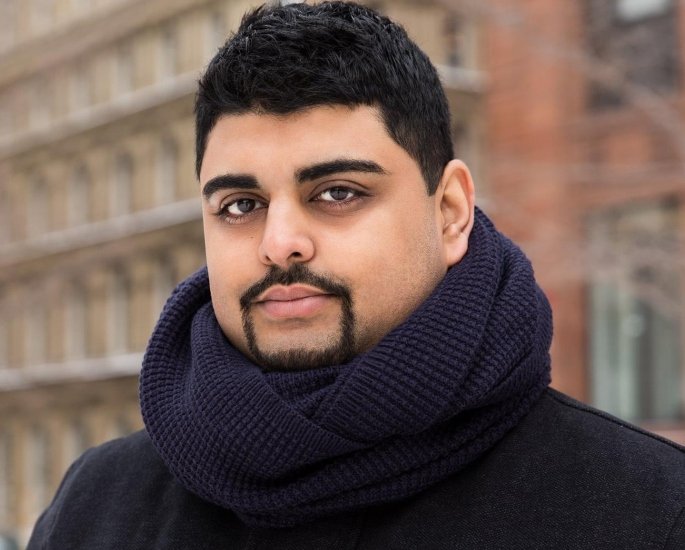 The unique enterprise believes in creativity, technology and entrepreneurship with a purpose.

Super Being Labs admits that innovation comes from unconventional thinking.

The foundations of the business are built upon blending imagination and strategy to turn an idea into a reality.

In his career that spans over 10 years, Darshan has created campaigns for powerhouses like Adidas, the National Trust and Sanyo.

The entrepreneur has put this same spirit into Super Being Labs.

Therefore, the expansiveness of Super Being Labs is impressive and their breadth of knowledge is astounding. The company’s website reveals:

“Our clients come to us because unlike normal agencies, we handle everything like it’s our own venture – from conception to launch and beyond.”

Darshan has built a community of diverse thinkers and doers that allow for the ultimate creativity to help innovate numerous fields. 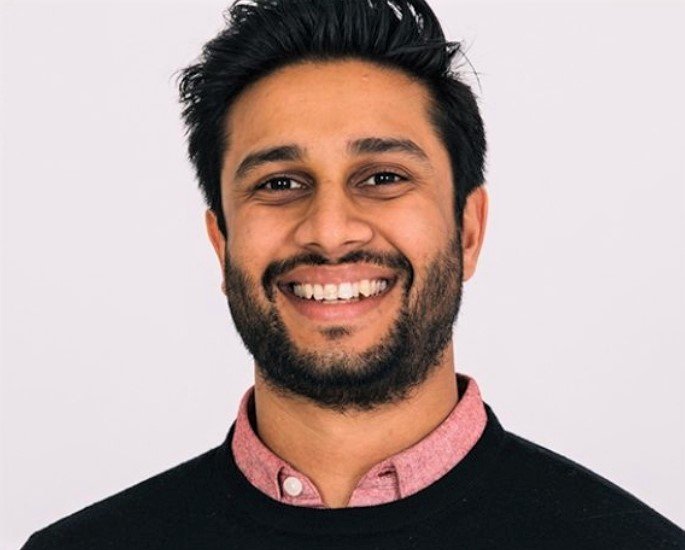 Tushar Agarwal along with Tom Watson co-founded Hubble as they identified a need for greater workspace flexibility.

Hubble helps companies of different sizes to find the right balance of office and remote working so their business can thrive.

Based in London and established in 2014, the entrepreneurs provide a large online marketplace for flexible office space.

They do this by offering lightning-quick office searches, remote work perks and access to a global network of on-demand workspaces.

However, their mission is far from done.

In such a fast-paced society, Tushar and Tom’s ambition is to improve the working lives of 1 million people by 2025.

They are aiming to do this by providing businesses with the necessary tools to promote hybrid working.

Therefore, employees feel comfortable in having the flexibility in where and how they work to empower productivity.

Other accolades include winning Property Week’s ‘Innovator of the Year’ in 2019 and ‘Amazon’s Young Entrepreneur of the Year’ finalist in 2018. 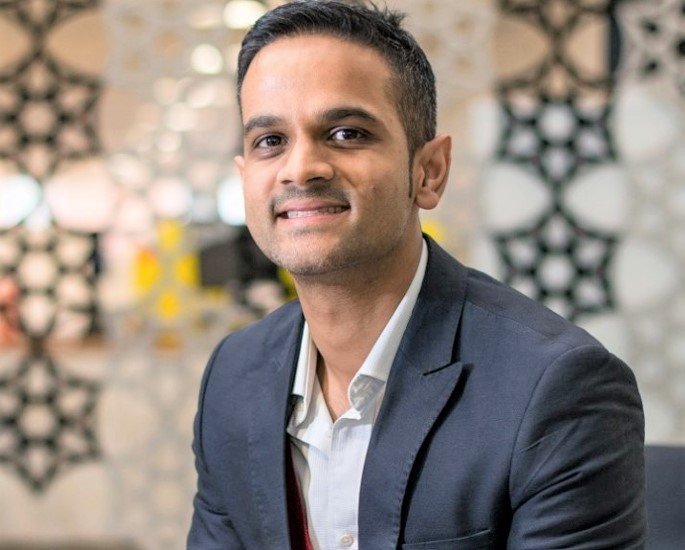 In 2018, Rajeeb graduated with first-class honours in economics and management from Jesus College, University of Oxford.

This solidified his knowledge and business-savvy mindset which grabbed the attention of company elites.

In 2009, Rajeeb widely launched Enternships. This was a portal that connected students and graduates to over 7000 work placements and start-ups.

For this amazing platform, Rajeeb was named the ‘O2 X Young Entrepreneur of the Year’ in 2009.

In 2011, the businessman co-founded StartUp Britain, a national campaign that wanted to accelerate and celebrate Britain’s start-up talent.

Launched by then Prime Minister, David Cameron, Rajeeb was recognised as one of the 1,000 most influential people in London by The Evening Standard.

However, the entrepreneur’s viscous work ethic didn’t stop there.

In 2016, he founded and became the CEO of Learnerbly.

This company connects employees to the best learning opportunities based on what they need to know and how they like to learn.

Tools include coaching, books, podcasts, conferences and courses. Their aim is to create a progressive culture that emphasises development.

With such an abundance of experience and knowledge, Rajeeb is a formidable British Asian entrepreneur. 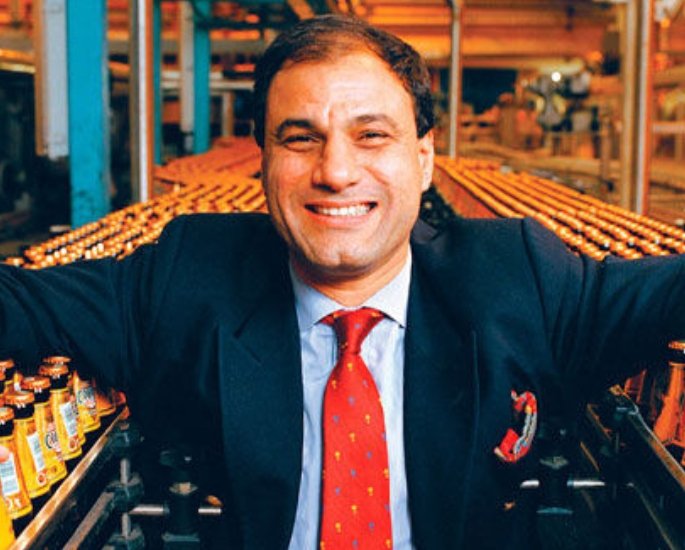 Although Karan Bilimoria was born in Hyderabad, India, his British nationality makes him one of the most successful British Asian entrepreneurs.

At just 28 years old, Karan had an idea whilst he regularly ate meals at Indian restaurants and it was to do with beer.

“While I loved drinking in the pub I couldn’t drink ale with food – I found that, on the whole, they were too heavy, too bitter.”

Therefore, Karan along with his friend Arjun founded the monumental Cobra beer in 1989.

Blending the refreshing qualities of a lager but the smoothness of an ale, Karan created a drink that would accompany Indian food superbly.

By 2007, each month was producing 450,00 cases and Cobra began to skyrocket amongst British pubs.

Even in 2022, Cobra has a strong presence amongst South Asian communities in the UK.

Many drinkers lived through the creation, brewing and distribution of Cobra, so have a tight-knit relationship with the much-loved beer.

Additionally, the company is one of the most prolific in terms of alcoholic beverages.

One of the most prestigious quality awards in the world for beer, Monde Selection, has awarded the Cobra range over 120 gold medals since 2001.

This makes it one of the most awarded beers in the world. Not a bad statistic considering Karan was in £20,000 worth of student debt at the time of the company’s inception.

Although overlooked, Karan is a highly prosperous entrepreneur with a strong business presence in the UK.

These influential and motivational icons are paving the way for more British Asians to pursue business.

Their innovative spirit, unique prowess for success and perseverance have made them catalysts for future businesspeople.

These men all show how any idea that an individual has can thrive, no matter how ‘unrealistic’.

Taking into account their marginalisation, these British Asian men are examples of how to triumph against the odds.

So, if anything, use their journey as inspiration to pursue those dreams and make businesses more diverse and inclusive.