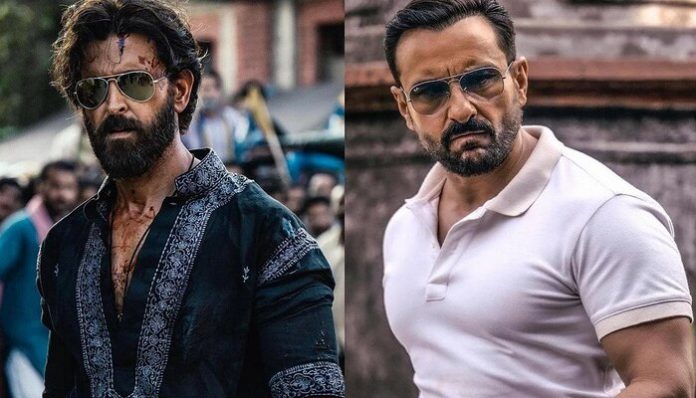 Most Anticipated Bollywood Movies 2022: RRR, KGF 2, Prithviraj, and more, here are Bollywood movies to watch out for in 2022.

Cinema halls across the country were closed in March 2020 due to the coronavirus pandemic. As per estimates, the Bollywood industry suffered losses of more than Rs 10000 crore in the last two years due to the shutdown. While some movies opted for direct digital release, big movies waited for the situation to settle down. 2021 saw a few movies make it to the theatres. Some of them failed while some managed to bring back the audience to theatres. 2022 will be a critical year for Bollywood as some big-budget and awaited movies will finally see the light of the day. Take a look at the most anticipated Bollywood movies of 2022 that viewers are dying to watch in theatres.

One of the most awaited movies worldwide, RRR stars N. T. Rama Rao Jr., Ram Charan,  Ajay Devgn, and Alia Bhatt in lead roles. The movie is a fictional account of two Indian revolutionaries, Alluri Sitarama Raju (Charan) and Komaram Bheem (Rama Rao), who fought against the British Raj and Nizam of Hyderabad respectively. Made on a massive budget of Rs 400 crore, RRR hit the big screens worldwide on March 25, 2022. It has grossed Rs 1150+ Crore worldwide and emerged as a huge blockbuster.

After the blockbuster success of Kabir Singh, all eyes were on Shahid Kapoor’s Jersey. The movie is a remake of the Telugu movie of the same name. The film was scheduled to release on Dec 31, 2021, but got delayed due to rising Omicron cases in the country. It finally hit the big screens on April 22, 2022, and tanked at the box office.

Starring Ranbir Kapoor, Alia Bhatt, Amitabh Bachchan, Mouni Roy, Nagarjuna, and Dimple Kapadia, Brahmastra has been in the making for a long time now. Ayan Mukerji’s fantasy drama film has been postponed multiple times and will finally release on Sep 9, 2022.

‘BRAHMASTRA’: 9 SEPT 2022 IN CINEMAS… While on #Brahmastra, the much-awaited biggie arrives on the BIG SCREEN on 9 Sept 2022… The FIRST PART of the *3-part film franchise* will release in *five* #Indian languages: #Hindi, #Tamil, #Telugu, #Malayalam and #Kannada… In #3D. pic.twitter.com/rmcElknBMs

Starring Aamir Khan and Kareena Kapoor in lead roles, Laal Singh Chaddha is an official Hindi remake of the Tom Hanks cult classic Forrest Gump. It was initially scheduled for Christmas 2021 release but got delayed due to the pandemic. Aamir Khan starrer will release in cinemas on Aug 11, 2022.

Starring Ranbir Kapoor, Vaani Kapoor, and Sanjay Dutt, the period drama has been delayed multiple times. The movie is set in the 1800s and tells the story of a dacoit tribe fighting against the British. Karan Malhotra, who has previously directed movies like Agneepath and Brothers is helming the project. Shamshera will release on July 22, 2022.

One of the biggest releases of 2022, it is a sequel to the 2018 movie K.G.F: Chapter 1. The movie was released on Apr 14, 2022, in Kannada along with the dubbed versions of Telugu, Hindi, Tamil, and Malayalam languages. It was a huge box office success with a collection of Rs 1250+ Crore.

Tiger Shroff made his Bollywood debut with the romantic action movie Heropanti in 2014. Now, he is coming to big screens with its sequel. Directed by Ahmed Khan, Heropanti 2 also stars Nawazuddin Siddiqui and Tara Sutaria. It debuted in theatres on Apr 29, 2022, and emerged as a big disaster at the box office.

Vikram Vedha is a remake of a 2017 Tamil thriller movie of the same name. While the original had R Madhavan and Vijay Sethupati in lead roles, the Hindi remake stars Saif Ali Khan and Hrithik Roshan. Directed by Pushkar–Gayathri, the movie will release on Sep 30, 2022.

Hero walking on to set after 2 years. I am walking in front of him .
Wait for it. #vikramvedha #teamisasliheroes

After the success of Simmba, Rohit Shetty and Ranveer Singh collaborated on a comedy titled Cirkus. The movie is an official adaptation of the 1982 movie Angoor which was based on William Shakespeare’s play The Comedy of Errors. Cirkus also stars Pooja Hegde, Jacqueline Fernandez, Varun Sharma, Johny Lever, and Sanjay Mishra among others. It will hit the theatres on Christmas 2022 and will clash with Tiger Shroff’s Ganapath.

It is a spiritual sequel to Mohit Suri’s 2014 movie Ek Villain although its storyline is completely different. Ek Villain Returns stars John Abraham, Arjun Kapoor, Disha Patani, and Tara Sutaria in lead roles. It will debut in theatres on July 29, 2022.

Bhediya is the third movie in Dinesh Vijan’s horror-comedy universe after Stree and Roohi. Directed by Amar Kaushik, Varun Dhawan, and Kriti Sanon in the lead roles with Janhvi Kapoor and Flora Saini reprising their roles from the previous instalments Roohi and Stree. Bhediya releases worldwide on Nov 25, 2022.

Starring Ajay Devgn and Priyamani, Maidaan was scheduled to ht in theatres on June 3, 2022, but got delayed due to impending post-production works. Directed by Amit Ravindernath Sharma, Maidaan is a biographical sports drama movie starring Devgn in the role of Syed Abdul Rahim, who served as a coach and manager of the Indian football team in the 1950s.

Starring Kartik Aaryan, Tabu, and Kiara Advani, Bhool Bhulaiya 2 is a standalone sequel to the 2007 horror-comedy movie Bhool Bhulaiyaa starring Akshay Kumar and Vidya Balan. The horror-comedy hit the cinemas on May 20 and emerged a blockbuster at the box office.

The movie is a remake of the Telugu movie Ala Vaikunthapurramuloo starring Allu Arjun and Pooja Hegde. Shehzada stars Kartik Aaryan, Kriti Sanon, Manisha Koirala and Paresh Rawal in the lead roles. It will release in theatres on Nov 4, 2022.

Directed by Abhishek Sharma, Ram Setu is about an archaeologist who is on a probe to find out whether the Ram Setu bridge mentioned in Ramayana is a myth or reality. The movie stars Akshay Kumar, Nushrat Bharucha, and Jacqueline Fernandez in lead roles. It will release in cinemas on Oct 24, 2022.

Salman Khan would be hoping to get back to his prime form at the box office with Kabhi Eid Kabhi Diwali. It stars Salman Khan, Pooja Hegde, Venkatesh, and Jagapathi Babu in key roles. Based on a bonding and affection between two religions, the movie is the remake of the 2014 Tamil film Veeram.

Drishyam 2 is the remake of the 2021 Malayalam movie of the same name and sequel of the 2015 Bollywood movie Drishyam. Ajay Devgn, Tabu, Shriya Saran, Ishita Dutta, Mrunal Jadhav, and Rajat Kapoor will reprise their respective roles. Akshaye Khanna is the new addition to the cast.

So, these are the most anticipated Bollywood movies of 2022. Hope you liked our list. If you have a suggestion, please drop a comment.