It also has a subtle hint of cinnamon.

Nothing takes the edge off a long day like a glass of whisky and there are a number of Indian whisky brands available.

The sheer number of whisky brands in India is a testament to the country’s love for this alcoholic drink.

The creation of whisky is considered to be an art form.

Blending, ageing, selecting the right cask and bottling has several steps. But the end result is a flavourful and aromatic bronze elixir.

Over the past decade or so, the number of varieties made in India has exploded, presenting drinkers with an array of options.

Here are 10 of the top Indian whisky brands to try out. 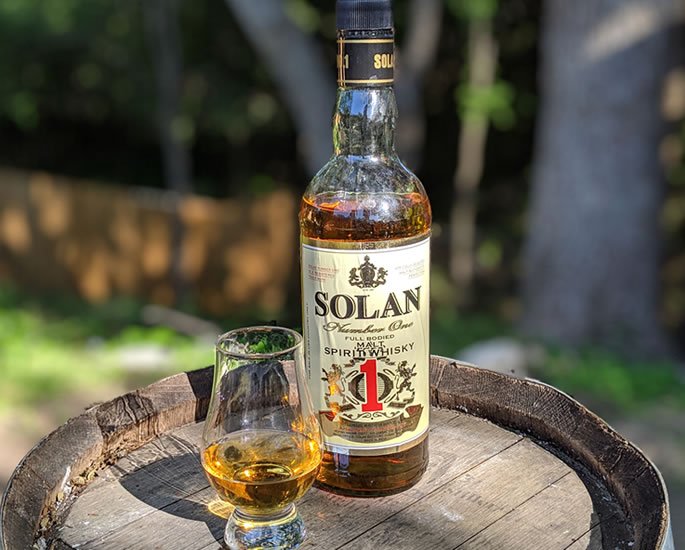 In India, Solan No. 1 is one of the top whiskies and one the rarest, being sold in just a handful of regions.

It is brewed by Mohan Meakin, one of the oldest distilleries in the Himalayas.

This rich-honey-hued single malt whisky has a very fruity aroma, specifically orange. It also has a subtle hint of cinnamon.

There is initially a caramel taste but nutmeg and liquorice kick in as the flavour develops.

Once the spirit is gone, there is a strong orange aftertaste that accompanies a good level of alcohol burn which lingers on the lips. 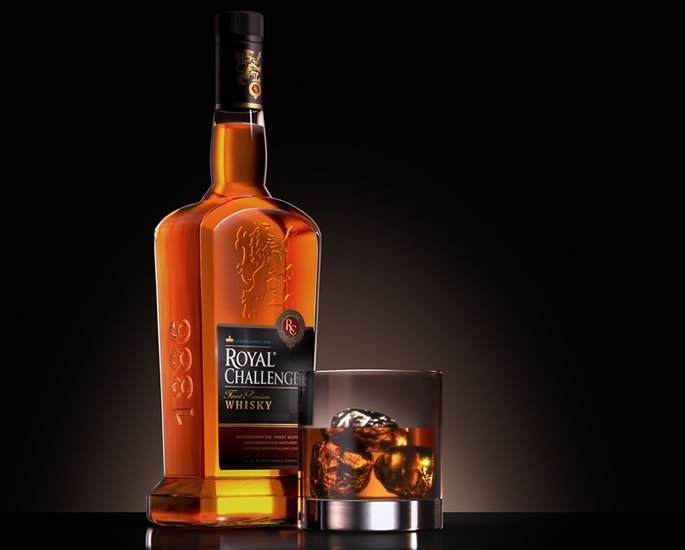 This Indian whisky was launched in India in the early 1980s and is one of several Indian whiskies owned by United Spirits.

The result is a smooth, rich flavour coming from the combination of scotch, Indian malts and molasses-based neutral grain spirit.

When drinking, there is an astringent and burning mouthful with a sweet taste. It also has a slight chocolatey aftertaste.

Since launching in the 1980s, Royal Challenge has gone to become one of India’s most well-known whiskies. 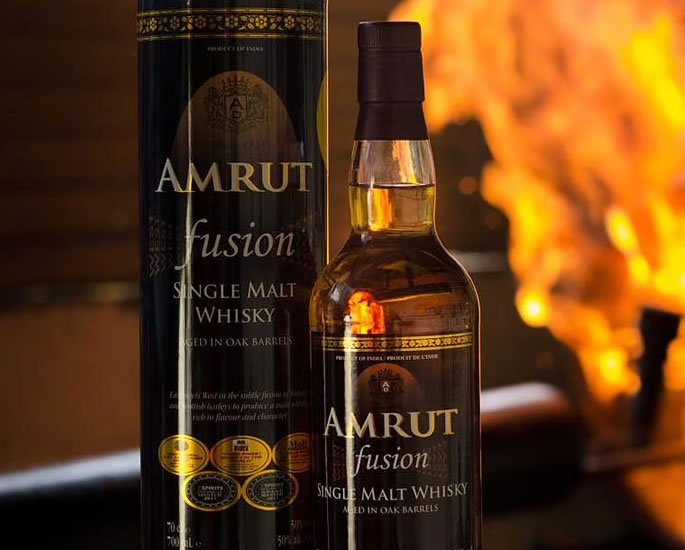 It is made using Scottish and Indian barley grown at the bottom of the Himalayas.

It is carefully combined and distilled in small batches to preserve the natural aroma and matured in oak barrels in unique tropical conditions.

Amrut has a rich, oaky fusion of citrusy spice and sweet vanilla-chocolate that ends on a lingering bitter-sweet note. 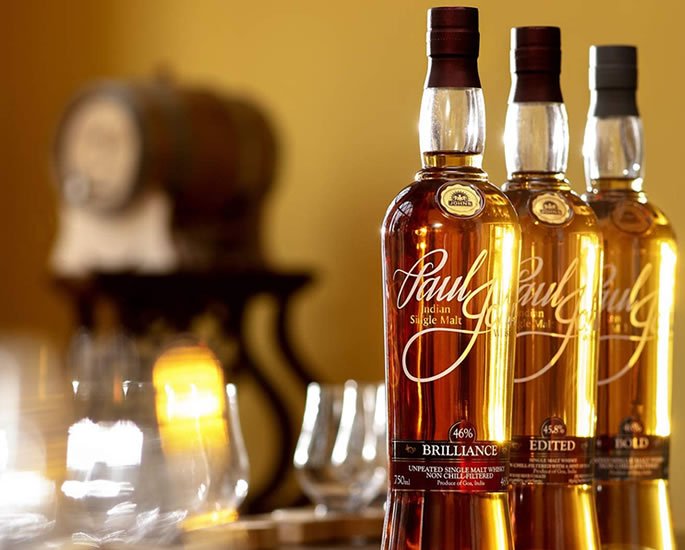 This Indian whisky comes from Goa and it is well-received by whisky drinkers for its balance, character and intense creamy flavours.

It uses a combination of Indian barley and peated Scottish barley.

The alcohol is then matured in bourbon casks to allow the flavours to intensify.

It has a distinct smoky aroma. This makes way for the honey and coffee flavours that linger for a long while after.

Ajit Balgi, Wine and Spirit Consultant and founder of The Happy High, says:

“I like my Edited neat, with one tiny cube of ice if the malt is really warm.” 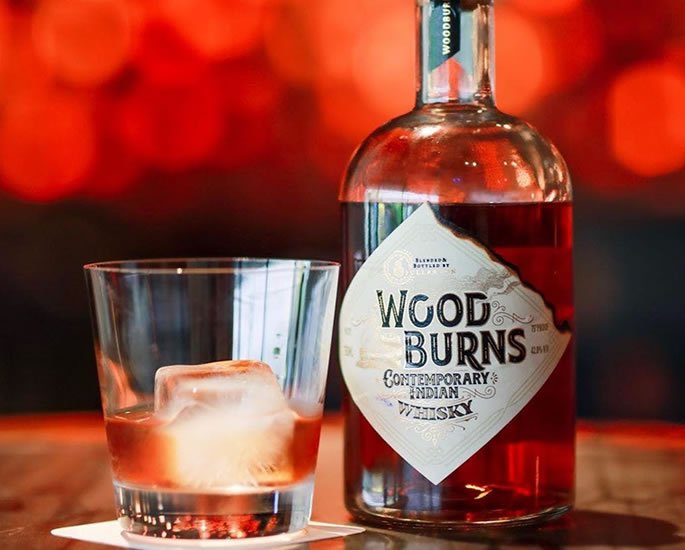 Woodburns is 100% homegrown whisky and it is the first product of Fullarton Distilleries for the Indian market.

This full-bodied whisky is aged in matured oak wood barrels.

This ensures smoothness on the palate before being rounded off towards the finish.

The barrels are charred, giving this Indian whisky a bold and smoky front balanced with a well-rounded peat finish.

Woodburns has been internationally recognised, having won a silver medal in the World Blended Whisky” category at the International Spirits Challenge held in London, a competition that receives over 1,700 entries across 70 countries. 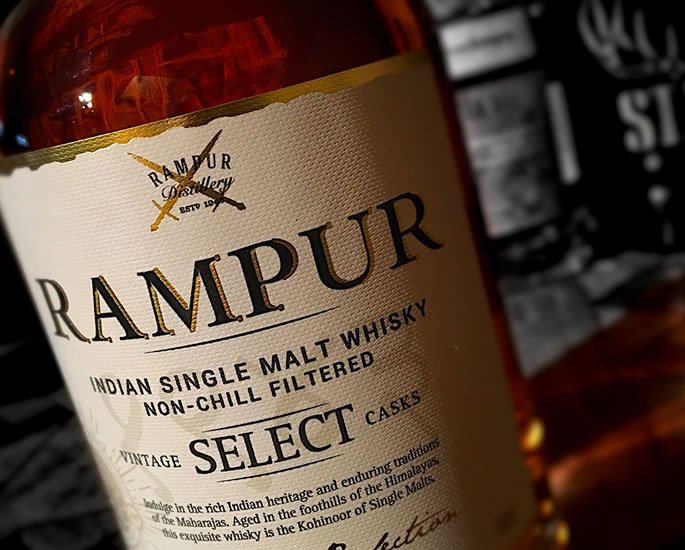 This whisky comes from Uttar Pradesh’s Radico Khaitan, one of India’s oldest distilleries.

This gives it a smooth, mellow taste with a lingering finish.

The golden hue has a prominent fruity note with hints of coffee and traces of spices.

It is a decadent Indian whisky to try. Another option from Rampur is Signature Reserve. 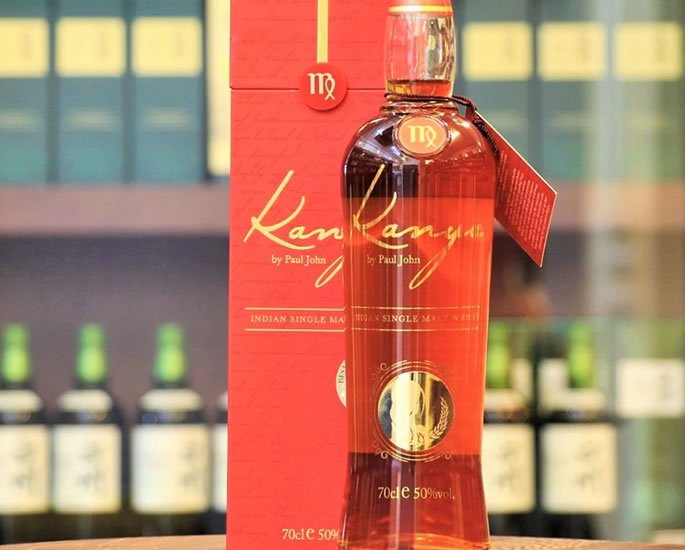 This Indian whisky is a flavoursome option that is aged for seven years in first-fill bourbon barrels.

It is a complex whisky, boasting butterscotch and a rich creaminess.

To maximise the whisky’s potential, it is recommended to slowly sip.

“This single malt is a slow sipper when you have some time to just hang out and be.”

“After a few drops of water, it mellows out nicely while retaining a surprising amount of its spice character. Indulge with some exotic cheese on the side.” 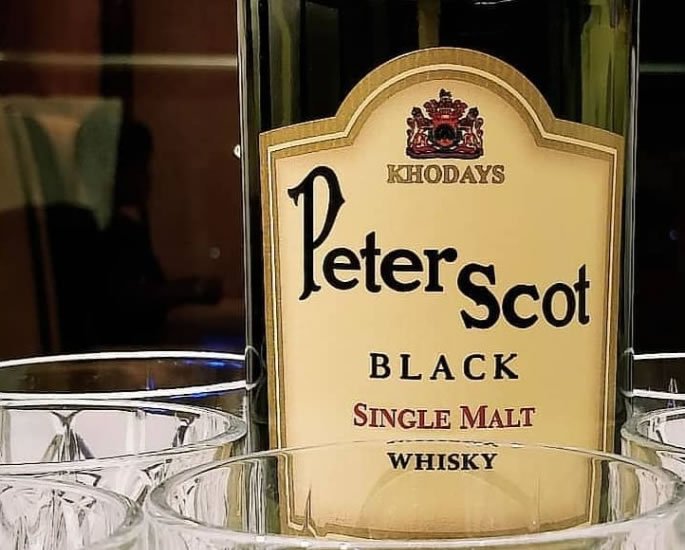 Hailing from Bengaluru’s House of Khoday, Peter Scot Black was launched in 2019.

“We are the first Indian premium spirits company with a rich legacy of Peter Scot brand.

“We have made a sizeable investment over the past eight years to develop and launch Peter Scot Black Single Malt.

“We are confident that the new brand will give consumers a significant step up in their repertoire consumption. Peter Scot’s brand equity will give us a huge fillip to single malt market aspiration.”

It has an amber-gold appearance with the subtle taste of orange and toasted almonds.

The flavour develops into peaty smokiness along with hints of spices. 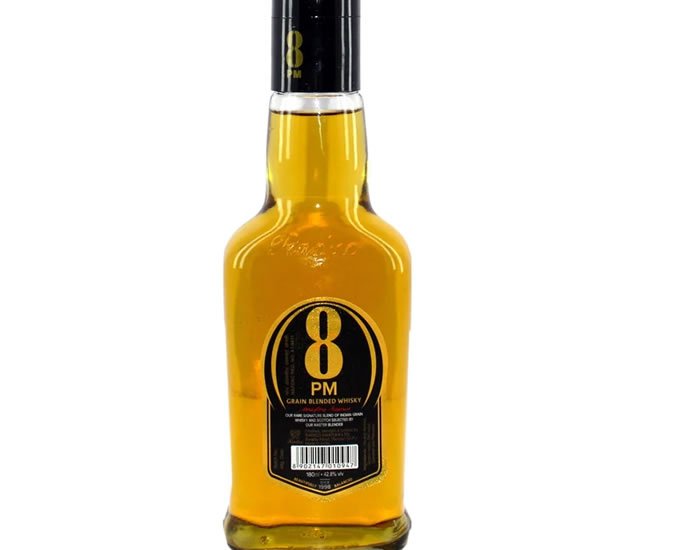 8PM is one of India’s top-selling budget whiskies.

Launched in 2001, it is a flagship brand of Radico Khaitan.

Blended with quality grains, this whisky engulfs one into an aura of unmatched experience, capturing the true essence of the brand.

The golden-brown whisky is known for its bitter notes of honey.

It had an incredibly successful first year, becoming the first liquor brand to make it to the Limca Book of Records 2001 for selling one million cases. 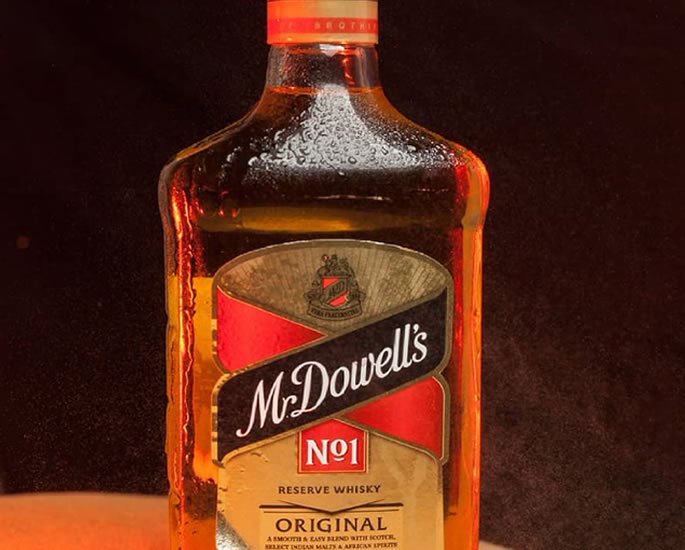 McDowell’s No.1 is one of India’s most popular whisky brand and Reserve Whisky is the flagship drink.

The light gold drink gives off a strong butterscotch aroma while oak spice and malt linger in the background. Other smells include almond.

When chilled, the whisky has a pleasant milk chocolate flavour.

It has a short finish, and the lack of astringency makes it ideal to mix into cocktails.

These whisky brands are some of the best in India, offering an array of tastes and smells.

Some are mellow while others are full-bodied, meaning that there is an option for different whisky preferences.

So, whether you want to enjoy a glass by yourself or impress your friends, check out these Indian whisky brands.